To realise workforce potential, have a growth mindset 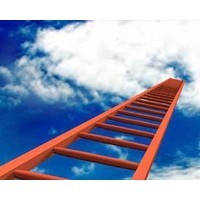 During the past three decades, research pioneered by Stanford University professor Carol Dweck has accumulated a vast literature on “implicit person theories”. These are peoples’ assumptions – known as mindsets – about the malleability of personal attributes such as intelligence and personality. It has become well-established that mindsets affect how people think, feel and act in achievement situations.

About 45% of the children in Dweck’s studies, and 50% of the managers in studies by Peter Heslin, a professor of management at the Australian School of Business, were found to hold the fixed mindset that, essentially, people tend not to change much over time.

Roughly the other half of the population – those with a growth mindset – focus more on how the personal attributes that guide behaviour are quite malleable by life experiences such as education, challenges and developmental relationships.

A recent series of studies led by Heslin looked into the implications of fixed mindsets and how they can be changed. This research aims to address damaging employee reactions including demoralisation, disengagement, absenteeism and turnover, and a sense that they are not being given a “fair go” by their manager.

“It turns out that managers with a fixed mindset tend to demoralise everyone, including themselves,” says Heslin, who leads the EMBA Managerial Skills course at the Australian Graduate School of Management (AGSM).

“It’s imperative to recognise how readily a vicious cycle can be created by anchoring on a negative first impression of someone’s performance capabilities,” he says. “A person’s initial achievements in a role are often not predictive of what they are ultimately able to achieve. Employees resent feeling unsupported and underestimated. Imagine how frustrating it would be to be managed by someone who did not believe in your potential to improve your performance or advance in your career?”

“For instance, what if someone who was once a high performer in a nuclear power plant – which is where we conducted our initial research on the role of mindsets in organisations – was no longer performing adequately. Having been categorised as a star performer by a manager with a fixed mindset can prevent an employee’s currently inadequate performance from being recognised and acted upon. The implications could be catastrophic in this context, as in other arenas such as the medical, military and security industries when competent performance is imperative for human safety and wellbeing.”

Everyone is not equal

“Sure you can’t make a silk purse out of a sow’s ear – not anyone can become anything and some people have more innate ability in certain areas than others. Our research is nonetheless revealing that it is dangerous and often costly for managers to focus primarily on that and thus lock people into a particular performance category, regardless of whether it’s winner, loser, dud, or superstar. Sustained attentiveness to employees’ scope for performance improvement through suitable coaching and developmental experiences is a much more productive approach.”

Beginning in 1995, Dweck and her colleagues reported that students with a fixed mindset developed deeply encoded evaluative labels for others (such as lazy or intelligent) based on hearing an anecdote about a single behaviour. She theorised that these labels acted as an anchor that was resistant to change.

In a series of studies published in 2005, a collaboration between Heslin, Gary Latham from the University of Toronto and Don VandeWalle of Southern Methodist University found that a fixed mindset blinded managers to variation above or below an employee’s initial performance level. On the other hand, those with a growth mindset were more data-driven, less anchored by past impressions, and therefore more capable of providing an accurate and unbiased appraisal of employee performance.

Subsequent research by Heslin and his colleagues found that employees believed managers with a growth mindset were more willing and capable of providing helpful on-the-job coaching. Intuitively, it makes sense that if fixed-mindset managers were sceptical about employees’ ability to change, they would be unlikely to invest their precious time and resources in coaching their employees.