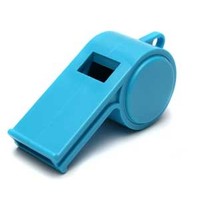 Transport and logistics giant Toll Holdings has been accused of fostering a culture of sexism after senior executives were disciplined for inappropriate sexual conduct at a recent conference.

Toll received an anonymous complaint two weeks ago about the harassment, which occurred at a two-day conference in Sydney in June for its global express division.

The complaint said attendees at the conference were made to wear aprons depicting the naked body of Michelangelo’s Statue of David and photos and videos of people wearing the aprons were circulated on Toll systems.

Copies of the photographs obtained by Fairfax show at least one executive simulating sex with a toy donkey while wearing the apron, which has a penis on it.

Toll responded to the complaint by conducting an investigation which involved “lengthy interviews of eye witnesses and those wearing the aprons” and a review of more than 160,000 emails on Toll’s IT systems.

Toll Group human resource group director Lesley Staples said the investigation found the aprons were brought to the Italian-themed team-building cooking exercise by the external chefs involved and were not meant to cause offense.

However, Staples acknowledged the three Toll staff members who later wore the aprons “caused sexual innuendo that was not appropriate for a workplace event”.

“The extensive and comprehensive investigation concluded that the conduct of some staff breached Toll’s code of practice and was inconsistent with the high standards and values expected of the company,” she says.

Staples says Toll has taken action to ensure the behaviour is not condoned and does not occur again by organising counselling and discipline of the staff involved, additional training on appropriate workplace behaviour, and the reissuing of relevant Toll policies to the staff, which they are required to acknowledge that they have read and understood.

Toll is also briefing all staff who attended the function and other potentially affected staff confirming the inappropriate nature of the conduct, and senior management have apologised to the staff involved.

In response to claims that there is a culture of sexism, bullying and harassment at Toll Express, Staples says Toll took allegations of staff misconduct extremely seriously.

“We always encourage staff to raise any workplace concerns internally and are committed to investigate them,” Staples says.

“In this case we investigated and responded to the allegation raised promptly and comprehensively.”

“Obviously women are going to be offended and most men I know and deal with are not misogynist and would not expect this type of behaviour to be acceptable in a workplace,” she says.

“It is just unacceptable by any contemporary community standard and I don’t know where the people who have perpetuated this have been for the last 25 years,” she says.

“After 25 years of anti-discrimination and legal frameworks in workplaces, most people understand what is expected of them at work.”

Young says while Toll may have appropriate sexual harassment policies in place, there is a difference between policy and practice.

“Individuals need to understand this is the law and it is as binding as any other law as applies to speeding or drinking and driving over the limit.”