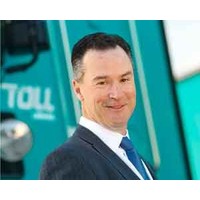 Under the ‘One Toll’ initiative, Toll has for the past few months been trying to unite the disparate Toll businesses, acquired over several years under the leadership of former chief, Paul Little. This means rebranding these businesses to make their role in the wider Toll group clear, but also involves a comprehensive campaign to unite the businesses culturally.

“One of the challenges of acquiring different businesses is that you collect a range of values and believe systems,” Kruger told the company’s annual general meeting this morning. “I believe one culture and one set of values are critical for our business.”

Shared culture helps people understand the behaviours that are expected of them, and gives them a set of tools to drive their decision-making, he plainly told shareholders.

Toll operates in more than 50 countries and employs over 45,000 staff. Kruger has invited his employees to be involved in the process, and from June, 2500 of them have volunteered to participate in focus groups, online surveys and one-on-one-interviews about what they think the company’s vision and values should be.

“I was delighted by the openness and enthusiasm of our workforce,” Kruger said. “We used all the feedback to develop a common set of beliefs and values, and importantly, related behaviours. We’re now in the process of rolling these out.”

Toll now has a set of five beliefs, and the same number of values. Things like operating with integrity and trust, a focus on safety, as well as understanding that mistakes will happen but they should be lessons, are now formally enshrined in the company’s policies.

“Lots of companies talk about these things,” Kruger conceded. “But what’s vital is how we live these values. The goal is to roll these out around the world. These values will, over time, build a strong, consistent culture within Toll.”

It’s easy to scoff at corporate ‘values’ and the manifestos that often accompany them. But pinning your values to the wall makes management accountable. Toll’s stated values have strengthened the hand of Toll’s workers, and the unions that represent them.

Kruger faced pointed questions from a Transport Workers Union (TWU) official at the AGM. A TWU lawyer prefaced his question by praising Kruger’s One Toll initiative.

“We think it’s fantastic,” the lawyer said said. “It’s a brave thing for a managing director to do, to have a discussion about values.

“Our members endorse the values. We just hope there is substance behind them.”

The TWU official then listed the ways he believed Toll was not living up to its values, particularly in regard to safety in its American operations. He described how “union-busters” had been bought in to discourage segments of Toll’s American workforce from unionising. (Kruger disputed this characterisation, saying the person in question was a “consultant”.)

An American driver for Toll also spoke at the AGM, saying he thought the One Toll initiative was a “beautiful dream”.

“The dream is beautiful, and we can help you make it come true,” he told Kruger. “But why should [American drivers] be treated differently?” Toll’s American workforce uses contractors to a much greater extent, and the TWU says they have worse work conditions and pay than Toll’s other employees.

Kruger responded to the concerns by saying Toll wanted to retain and attract the best workers. “But the balance is to stay competitive. If we’re not competitive with other operators at US ports, you won’t have a job with us.

“Of course, I will follow up the allegations … that people feel they can’t raise safety concerns. We want our people to speak up. If that’s not happening we’ll do something about it.”

The risks and rewards of corporate values

Martin Nally, the managing director of HR services firm HR Anywhere, says it’s commendable that Kruger has put his name to a series of values.

It’s a strategy that comes with great risks. “Declare a value and don’t live up to that value at your own peril,” Nally says.

He nonetheless says companies have much to gain from pursuing such manifestos.

“Aspirational statements and declarations are used to lift the targets and the conversation around things like safety,” Nally says.

“People often scoff at things like ‘zero tolerance’ or a desire to have zero safety incidents. They say, ‘If you have one then you’ve failed’. But that’s not the point. If there is an incident, you reload. It tells your staff that every day you’re trying to achieve that aim. And that gets into people’s minds over a period of time.