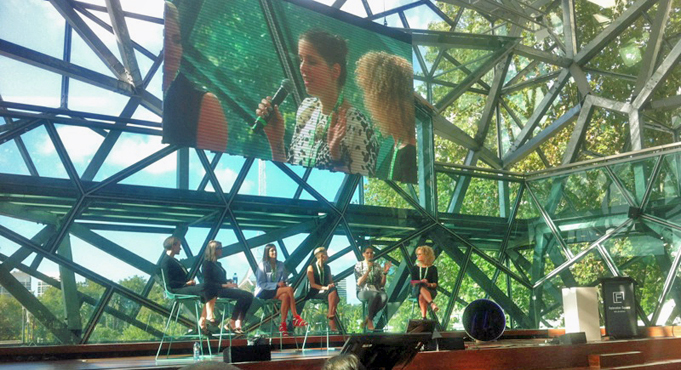 The best way to grow your startup’s sales is by thinking creatively about how you connect with and convert customers, a panel of some of Australia’s top tech entrepreneurs have said.

During a Women in Tech panel at the Pause Fest conference, the founders of Drop Dead Gorgeous, WINK Models, Stylerunner, Scrunch and Sourcebottle revealed their secrets on attracting, connecting and growing customers.

Keep it simple and focused

During the panel, Drop Dead Gorgeous Daily founder Kate McKibbin said that when developing a website, each page should have its own specific purpose and a clear action that you want from the consumer.

“Make it as simple and focused as possible,” she said.

If you have a message form to initiate contact, just ask for their email address and no further questions so you can build up that relationship and trust incrementally, McKibbin said.

WINK Models founder Taryn Williams said that when designing your tech service or product, consider the fact that you have a very small screen space and time frame to capture your market’s attention.

She added that it’s vital to build cross-platform technology that works seamlessly from mobile to desktop.

“Make sure that anything you’re building and rolling out works beautifully on any device,” she said.

Stylerunner founder Julie Stevanja said she and her team systematically analyse their audience by looking at engagement of customers over their lifetime on the site, how much they spend and how new cohorts behave compared to old ones.

“Customer sentiment is really at the heart of everything we do,” she said.

The most scaleable marketing is directly linked with technology so keeping track of Google analytics and bounce rates is critical for them.

Additionally, to track and measure customer engagement, Stevanja said they have been running a single survey question on the site asking their audience how likely they would be to recommend Stylerunner to friends on a scale of one to ten.

They use this to benchmark themselves against other stores and to empower internal employees with the ability to affect this engagement.

“Every person in the team has the responsibility to drive this customer sentiment,” she said.

Connect with your customers personally

Scrunch founder Danielle Lewis said she personally responds to people who message in to Scrunch.

She noted this will need to change in future as the venture grows but says it’s a personal touch she likes to have where their still in the early stages of growth.

“Right now while we’re right in the thick of growing that’s really important for us,” she said.

Lewis left her corporate job in 2014 to build the platform to help brands discover the right influencers.

Sourcebottle founder Bec Derrington also likes to interact with her users on a personal level.

She said when people are loud on social media about their problems she makes an active effort to resolve their issue publicly and quickly.

“If I respond personally to something, they’re quite refreshed that I’m prepared to get my hands dirty,” she said.

Stevanja said you need to decide what channel works best for your venture.

With Stylerunner, after trialing different social platforms, Stevanja said they decided to focus efforts on Instagram.

Their strategy with this has been to share content of their own customers to build a community and connect people that love their product.

“We are turning customers into advocates,” she said.

With more than 70% of their content ‘regrammed’ from consumers, she says they are working on turning their 400,000-strong audience into potential advocates who may then convert their own followers.

“If you consider the followers of our followers then that’s 180 million people,” she said.

Williams says when looking for influencers to be brand ambassadors there are more things to consider than how many followers they have.

“When we work with a brand, it’s so much more than reach,” she said.

In her experience, she has found that a blogger with a million followers may not have the same trust or connection to their audience as one with a hundred thousand followers.

The influencer you pick should fit with your brand, be aspirational, trusted and have genuine engagement in the market that you plan to crack, she says.

In line with this, Stevanja said it’s not always about celebrities and models.

“You need to understand who you are selling to and find people like that,” she said.