Train your people to take others’ perspectives 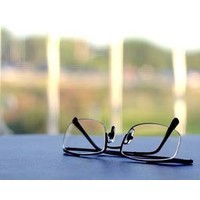 Successful collaboration starts with what social psychologists call perspective taking: the ability to see the world through someone else’s eyes. How can leaders of organisations foster this crucial skill? New social science research, including my work with senior executives at Fortune 500 companies, points to four tactics.

For years Microsoft railed against Chinese authorities for their lax enforcement of intellectual property laws, to no avail. Significant progress came only when executives realised that they had to stop pounding the table and start paying attention to why government officials were turning a blind eye to the problem: because many of their citizens earned their living making knockoffs, and because the prices of legitimate products put them out of most people’s reach. A willingness to understand the Chinese perspective allowed Microsoft to finally make some headway in its anti-piracy fight. Now the company is creating more jobs in China and lowering the prices of its products there in return for better enforcement.

In the early 2000s the fledgling Google News service was under attack from newspaper executives who were convinced it would cannibalise their business. Google could have simply carried on, but CEO Eric Schmidt wanted partners, not opponents. So he hired senior people from Reuters and the Los Angeles Times and formed a team to explore ways Google could help news organisations. Once the company understood the industry’s anxiety about whether and how to charge for content, it developed tools, such as “editor’s picks” and “first click free” that allowed publications to distinguish their offerings and boost registrations and subscriptions. Bringing external stakeholders in-house made this solution possible.

When the heads of two divisions of pharmaceutical company Novartis (a firm I have consulted for) decided to work together to make better animal drugs from compounds developed for people, they sent Juergen Horn, a manager at the Switzerland-based Novartis Animal Health, to work at the Massachusetts-based Novartis Institutes for Biomedical Research, where he was given an office on the executive floor. This provided countless opportunities for informal interactions. Horn learned that the NIBR scientists appreciated brief, direct questions about their work and could get excited about the project as long as he kept them involved in the process. They started thinking of him as one of their own and accepted his advice about how to share data and expertise. This level of collaboration couldn’t have happened remotely.

You might think of the US military as extremely hierarchical, but in Afghanistan it gives soldiers significant autonomy in order to encourage perspective-taking and improve relations with villagers. Consider lieutenant colonel Brian Christmas, the head of a patrol that came upon a group of men at a funeral. They claimed they were burying a child – an obvious lie, given the size of the grave. Christmas suspected they were Taliban fighters burying a fellow militant and could have taken them in for questioning. But because the Marines had trained him to use his judgment rather than follow a playbook, he talked to them instead. Eventually they told him the truth and explained why they supported the Taliban; this gave him an opportunity to persuade them to switch allegiances.

The tactics illustrated by these stories show how leaders can turn perspective taking from an individual skill into an organisational capability. It’s key to more-productive collaboration.

Pino G. Audia is a professor and the faculty director of the Center for Leadership at Dartmouth’s Tuck School of Business.