Under pressure: Leadership lessons from history 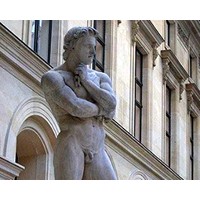 Recently, British biographer and historian Amanda Foreman addressed more than 700 people at The Sydney Institute’s annual dinner. Her subject was leadership and, in particular, leadership styles.

Amanda argued that while no single quality can or should define a leader, it is in times of absolute crisis, when every reasonable course of action appears to be blocked, that the psychological bedrock of a great leader becomes exposed.

She then took a brief, and often entertaining, look at the lives of five leaders, and examined how each reacted when faced with immense pressure. Here are the leadership lessons we can learn from them:

1. Flight is not an option

Spencer Cavendish, the 8th Duke of Devonshire, achieved a double trifecta – serving as a leader of three political parties and declining to become prime minister on three occasions. Not because he wasn’t a serious politician, but because the circumstances were never right.

But Amanda focused more on the Duke’s reaction to his supposedly high-maintenance mistress Catherine Walters. Believing himself unable, or unwilling, to meet her persistent demands, he fled to New York during the American Civil War. Walters managed to track him down, so the Duke caught a train to Washington.

Again, the mistress caught up with the Duke, who escaped her by renting a canoe and crossing the Potomac River, passing through both Union and Confederate lines. It took some time for his reputation to recover from this embarrassing cat-and-mouse incident, with Foreman concluding that true leaders do not use flight as an option.

Facing a situation you are responsible for might not always be desirable, but it is something any good leader should be prepared to do.

Her next subject was Spartacus who, as a slave, led a failed uprising against the Romans in 72BC. After a number of tactical victories, the rebel leader had collected thousands of troops, but had no compelling vision of what he wanted to achieve.

His army was already beginning to disintegrate before Spartacus led them into a final battle where the slaves were defeated and their leader killed. Foreman argues that, in order to be successful, leaders must create an ideal that others can follow.  Spartacus failed because behind his action there was no coherent cause or long-term strategy.

The next leader under the microscope was Lenin. The complete opposite to Spartacus, Lenin was all about a cause. He had a disciplined vision and solid ideals. He saw himself as the leader of an exclusive group, surrounded by enemies.

His problem lay in his belief that the only way to succeed was to subordinate individuals to the organisation, which as history has demonstrated ultimately fails.

When you try to set up a command and control structure, people are likely to try and work around it, creating dissent and division in the process.

4. Tap into your employee’s emotional intelligence

The fourth leader considered was Sir John Monash, who Foreman described as the best and most meticulous military planner of all time.

As commander of the Australian Corps, he led his troops to a series of successful victories. According to Foreman, he was then asked to demobilise one-third of his army by the Australian Government. The troops, wishing to finish the job, staged a mutiny, which led to a group of officers demanding punishment.

Monash met separately with both parties, listened carefully to their demands, listed them on paper and promised faithfully to follow up.  He then returned to his quarters, placed both lists at the bottom of his inbox and persuaded Douglas Haig, the overall Allied Commander, to attack immediately at the Battle of Amiens.

The Australians fought like men possessed and it was the turning point of the war. Foreman describes this incident as one of the best examples of emotional intelligence in history.

Monash understood what made people tick and used the knowledge brilliantly.

5. Keep motivation levels up, even in stressful situations

Foreman’s final example was ‘Chesty’ Puller, a general in the US Marine Corps and the most decorated combat marine in the corps’ history. Foreman described him as an unbelievable leader of men, due to both his understanding and ability to motivate them under stress. He famously commented: “We’ve been looking for the enemy for some time now. We’ve finally found him. We’re surrounded. That simplifies things.”

Foreman summarised her talk by saying that while courage, vision, resourcefulness and discipline are important, true leadership is not just a sum of these abilities. The true leader is the one who has the emotional intelligence to motivate and inspire followers, particularly when there is a crisis. What we learn from these examples is that it is the secondary characteristics – the subtle qualities that encircle an outstanding talent – that often determines the outcome.