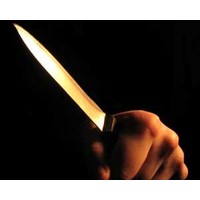 It’s disturbing to hear that a large number of people who speak out about sexual harassment are often ostracised and labelled troublemakers by their colleagues as a result.

The problem’s not getting any better. It’s actually getting worse.

According to a new report from the Human Rights Commission, more than one in five people over the age of 15 have experienced workplace sexual harassment in the past five years, and 29% of those who complain about it are more likely to suffer as a result, up from 16% in 2003. Just 20% of those subjected to sexual harassment make a formal complaint.

While four out of five victims of sexual harassment are women (usually aged under 40) the number of men harassed by other men is also on the rise.

Sadly, ignoring sexual harassment merely sets the wheels in motion on a vicious cycle. It’s cowardly behaviour to harass another colleague, and the confidence of such cowards merely increases with every comment they get away with.

We need to prevent sexual harassment from occurring in the first place.

As Sex Discrimination Commissioner Elizabeth Broderick writes in The Australian today, there’s still a low level of understanding on what actually constitutes sexual harassment. New approaches are needed. Broderick suggests everyone starts to play a part, that sexual harassment “bystanders” be encouraged to do more to step up and speak out, and that all of us take some responsibility in naming the problem, identifying its causing and ensuring effective action.

It’s interesting to note that the prevalence of sexual harassment in emails and text messages has actually decreased (dropping from 22% in 2008 to 17% now). Clearly, those perpetrating such abuse have caught on: it’s easier to be called out on such behaviour when it’s in written form, it’s a much riskier approach to type it out given it’s more difficult to erase and to pretend never happened.

So how can we apply the same thinking to comments made aloud?

It shouldn’t be left to the victims of sexual harassment to stamp out the problem in our workplaces. They’re not the trouble-makers, the perpetrators are.

But we can seek to provide better education on what sexual harassment actually is, how it hurts and degrades victims and what the consequences of such behaviour actually are. High profile cases put the issue in the spotlight, and we should talk about these in our workplaces and amongst our teams.

Don’t wait for the HR department to provide a training update. Get talking about sexual harassment now, before it happens.

What more do you believe can be done? Leave your thoughts below.