What are trisector leaders and why do we need them? 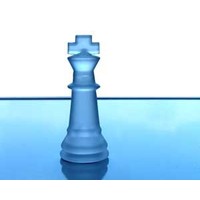 The critical challenges society faces – such as water scarcity, access to education and the rising costs of healthcare – increasingly require the business, government and non-profit sectors to work together to create lasting solutions. But this is only possible if the senior executives of our leading institutions are what Dominic Barton, worldwide managing director of McKinsey & Co, refers to as “trisector athletes” – leaders able to engage and collaborate across all three sectors.

Our research at Tri-Sector Forum shows that these leaders often have prior experiences in each sector and a unique ability to navigate different cultures, align incentives and draw on the particular strengths of a wide range of actors to solve large-scale problems.

Take water scarcity. According to the World Economic Forum, we face a potential 40% gap between global freshwater demand and supply by 2030. This puts billions of lives – and dollars – at stake. And all three sectors have skin in the game. For agriculture-based food and beverage businesses, fresh water is an essential ingredient in their production processes. Governments are often the stewards of water and regulate its use. And nonprofits work to ensure access to clean water and the conservation of watersheds and the environment.

The Coca-Cola Co has a deep interest in creating sustainable sources of freshwater, as it takes nearly 2 litres of water to make 1 litre of soft drink. Muhtar Kent, Coca-Cola’s chairman and CEO, recently wrote on the company’s blog: “It’s challenging for one business – even one industry – to make a material difference on its own. Instead, we must rely on partnerships that connect across what I call the ‘Golden Triangle’ of business, government and civil society. … Water is (a) Golden Triangle focus for us, as we work with our partners to become water-neutral by 2020.”

Coca-Cola understands the trisector approach better than many companies. A decade ago, a lack of collaboration adversely affected its business in south India, when the Indian government and several nongovernmental organisations protested the firm’s level of water usage and banned production in the region. Senior management at Coca-Cola recognised the need for the company to create a strategy for sustainable water stewardship and hired an outsider, Jeff Seabright, who could help them craft a practical response and engage with partners across sectors.

Seabright was a relative newcomer to the private sector, having had extensive experience in the Foreign Service, the US Agency for International Development and the White House Task Force on Climate Change, and as a legislative assistant in the Senate. “To help gain alignment of my new colleagues,” Seabright told us, “I combined skills I learned from my days at the US Senate and USAID to collaborate when making a case for change.”

He started by translating a nonfinancial issue like water scarcity into the kind of business language his colleagues could understand. By overlaying a water stress map with Coca-Cola’s operational plants, Seabright found that almost half of their global volume was in high-stress and high-growth areas. In other words, as Seabright told us, “Margins are going to expand exactly where water pressures are going to be most intense. So we either act now or limit our growth.” Coca-Cola’s leaders had never been presented with such disciplined work on the nonfinancial aspects of their business. They gave Seabright the budget to fund several water sustainability initiatives. Today Coca-Cola is 35% of the way to meeting its 2020 target for water neutrality and is regarded as an industry leader in this area.

Seabright also built highly effective partnerships with government and nonprofit organisations. He used his knowledge of USAID’s Global Development Alliance to create a $20 million partnership to address community water needs in developing countries, and he fostered trust with leaders of the World Wildlife Foundation by, as he put it, making a “consistent effort to sit down with country heads and compare notes, just to talk. No agenda.” Since joining Coca-Cola in 2003, Seabright has helped facilitate hundreds of community water projects around the world.

Seabright is a model trisector athlete – but they come in many forms. Some start in business, others in government. Some operate in the most prestigious global organisations, others in their local communities. And some are starting to build trisector careers at a much younger age than previous generations.

Regardless of their backgrounds, these leaders share six characteristics:

1. Balanced motivations A desire to create public value no matter where they work, combining their motivations to wield influence (often in government), have social impact (often in nonprofits) and generate wealth (often in business).

2. Transferable skills A set of distinctive skills valued across sectors, such as quantitative analytics, strategic planning and stakeholder management.

3. Contextual intelligence A deep empathy for the differences within and between sectors, especially those of language, culture and key performance indicators.

4. Integrated networks A set of relationships across sectors they can draw on when advancing their careers, building top teams or convening decision-makers on a particular issue.

5. Flexibility A willingness to pursue unconventional careers that zigzag across sectors, and the financial readiness to take potential pay cuts from time to time.

6. Intellectual focus Expertise on a particular trisector issue and an ability to understand it from the perspective of each sector.

So how can you become a trisector athlete? First identify a trisector issue of interest and cultivate a network across sectors to meet and learn from your counterparts. We’ve noticed there is no shortage of major conferences (such as the Concordia Summit), “hackathons” (Random Hacks of Kindness) and city building organisations (Toronto’s CivicAction) where representatives from the business, government and nonprofit worlds discuss and act on trisector issues.

But most importantly, follow your passions and seek to make the world a better place. If you do that, you’ll find yourself working with leaders and organizations across sectors to see your vision realized.