What business leaders have in common with Wayne Swan 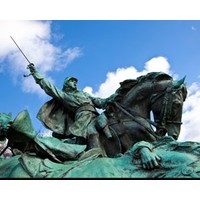 Wayne Swan, the acting prime minister, yesterday announced the bad news: a budget surplus is unachievable for 2012-13. It’s a major egg-on-face-moment for the Labor government that must have missed one of the cardinal rules of leadership – under-promise and over-deliver.

But while business leaders might gloat, they have more in common with Swan than is comfortable.

The $3.8 billion tax revenue shortfall in October that prompted the government’s drastic response is a warning.

Things can change fast, from looking good to looking poor, vividly illustrating the business and economic landscape of 2013.

1. The economy is anaemic.

There are not many economic indicators that provide avenues for hope – housing starts, retail sales, commodity prices and growth in China are all slowing or static. The only good news is that the unemployment rate is steady.

The sudden plunge in tax receipts means that the government has not further fat to trim without damaging the government’s ability to do its job and leaching money from the broader economy.

Leading companies have reviewed, tweaked and trimmed their operations year on year since the GFC began in 2008. They have raised capital, paid down debt and used some to keep shareholders sweet by paying dividends. They kept their staff until the bitter end. Now, business leaders are coming to the bottom of the barrel. In 2012, redundancies began across various sectors – notably banks, manufacturing and media companies. Leaders face the same problem – if they continue to cut, do they contribute to the economic slowdown that the nation is trying to prevent.

2. The dollar is high

How peculiar the idea of a “parity party” seems today. The general public is starting to understand that a high Australian dollar makes it hard for a country that has such a small domestic market. We must sell overseas and our high dollar makes that increasingly difficult.

A strong economy has its downsides in this topsy-turvy world. Australia’s economic resilience, mining boom and relatively small sovereign debt has made the dollar a safe haven for currency investors. Swan’s pledge to achieve a surplus has kept the government fiscally disciplined (to a degree), which in turn has contributed to the dollar’s resilience.

Australia’s wages are high, but our dollar has helped to compensate in the past. The dollar’s relentlessly high value makes buying labour from overseas (off-shoring) almost impossible to resist. At the same time, losing local staff risks tipping the balance in the local economy.

3. The global economy is weak

Although the weekly crises with Greek (and others’) debt that characterised the early part of the year have abated, the global economy remains tremulous. America’s recovery looks more like survival, and Europe has settled into a protracted period of stagnation, austerity and unemployment. Closer to home, China’s growth is slower and India’s large market remains fairly inaccessible to outsiders.

As the mining boom abates, it would solve Swan’s budget surplus problems if the global economy swept in to fill up business coffers, and hence tax revenue. It’s not happening.

Consumers simply cannot feel confident about opening their wallets while Australia remains an island of prosperity in a sea of austerity. That essential ingredient has been corroded by watching house prices collapse in the US, debt balloon in Europe, and jobs disappear worldwide, combined with static or falling house prices and our disturbingly low superannuation balances at home.

The Gillard government has done a lot for a hung parliament, but a hung parliament it remains. That uncertainty will be accentuated by the federal election in 2013, although Swan’s decision to relinquish the budget surplus pretty much finishes Labor’s election chances.

What can Swan do in the next 10 months in the lead-up to the announcement of the election, due for November? Having relentlessly and recklessly promised a budget surplus, the Labor government has set itself up for a year of unrelenting criticism from the Opposition for breaking its promise. It appears to have handed an election win to the Opposition.

Business leaders feel the Labor government has not listened to their concerns, particularly on the issue of reform of the labour market.

It seems unthinkable that the Labor party would be re-elected given its own goal on the budget surplus issue. However, until a Coalition government is elected, political uncertainty reins, making every decision a more complex one in which the alternate scenarios must be considered.

Health costs are rising as the population ages, and infrastructure costs grow as the population becomes more urban. Australians have high expectations for their health, access to technology and for social and environmental policy.

The nation’s infrastructure spending has been neglected for decades. Whether or not it was the National Broadband Network, the increasing speed and sophistication of technology demanded some kind of infrastructure spending from government. Labor’s unionist roots bring it inevitably to programs such as the National Disability Insurance Scheme, and improvements to dental programs, despite the expense. The problem is that this spending comes at a time when Australia’s cost base is very high in world terms.

Cutting costs is not what leadership is about, but that has been the lot of leaders for several years. Business investment is falling desperately behind as leaders try to keep jobs and spend whatever profits they make on dividends for shareholders, instead of on investment in equipment, people and new products or services for growth. Much as this investment is needed, it is also an expensive time for businesses do undertake it.