What CEOs really think of their boards 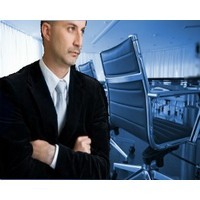 Over the past several years, in the wake of corporate missteps that have taken a toll on shareholders and communities alike, we’ve heard plenty about how boards of directors should have been more responsible stewards. Corporate watchdogs, regulators and pundits have proposed guidelines and new practices. But one voice has been notably missing from this chorus – and it belongs to the constituency that knows boards and their failings best. It’s the voice of the CEO.

We recently tapped our networks to bring CEOs’ opinions to light. We talked to dozens of well-regarded veteran chief executives, focusing on people with no particular reason to resent boards – we didn’t want bitterness or self-justification to colour the findings. We wanted to know: What keeps a board from being as effective as it could be? What can a board do to become a true strategic asset?

We were surprised by the candor of the responses – even given our assurances that quotes would not be attributed without express permission. We’ve distilled the CEOs’ comments into five overarching pieces of advice for boards.

Don’t shun risk or see it in personal terms

In theory, a board should serve as a check on a “cowboy CEO,” as one executive puts it. In reality, it can rein in boldness too tightly. CEOs complain that boards often lack the intestinal fortitude for the level of risk taking that healthy growth requires. “Board members are supposed to bring long-term prudence to a company,” as one CEO says, but this often translates to protecting the status quo. The most surprising criticism we heard is that directors too often put self-interest ahead of shareholder interests. One CEO told us, “They like their board seats – it gives them some prestige. They can be reluctant to consider recapitalisation, going private or merging – ‘Don’t you know, we might lose our board positions!”’

As Time Warner’s Jeff Bewkes puts it, “If directors join a board because of status or reputation or are risk-averse because of legal liability, then they are not as interested in making money – and to that extent, they don’t represent the interests of the shareholders.”

Do the homework and stay consistently plugged in

No one should accept a director role unless he is willing to thoroughly prepare for boardroom discussions. Beyond reading the briefing books sent out before meetings, directors should make sure they understand the workings of the company and stay abreast of industry developments.

CEOs recognise that they have a responsibility to keep directors in the know. Formal board minutes are sparse and can’t be counted on to trigger memories of earlier board discussions and conclusions. It’s easy to lose the continuity of thought from meeting to meeting. After board members at DirecTV told the new CEO, Mike White, that they wanted more communication between their regularly scheduled meetings, he began sending an update letter in the middle of each quarter. And he doesn’t hesitate to pick up the phone. “If I am dealing with a highly sensitive subject, I’ll call the lead director,” he says.

Bring character and credentials, not celebrity, to the table

Governance cynics often presume that if left to their own devices, CEOs would pack the board with like-minded cronies. But the leaders we interviewed don’t want a board populated by their golf buddies. They recognise that diversity is required in order to bring perspective to bear on important deliberations.

Achieving the ideal mix isn’t easy. CEOs complain about the “celebrity director” – the unengaged board member whose main contribution is star power. They argue that a marquee name on the board has a tiny marginal impact on overall corporate image.

But although celebrity directors are becoming less common, another group that CEOs are wary of is on the rise: “professional directors,” who’ve retired from full-time employment. By some estimates, about a third of new board members fall into this category, and the concern is that their first interest is the preservation of their board seats. “You want it to be a minority group that is doing it for the income,” one CEO says.

There is a common perception among shareholder activists and members of the public that CEOs demand rubber-stamp approval of their plans and resent pushback. But CEOs say they are disappointed by the absence of energetic debate in the boardroom.

Former Securities and Exchange Commission chairman and Aetna CEO William Donaldson has thought a fair bit about “what’s really going on in that boardroom.” Frustrated with the superficial thinking of the “cottage industry” that has grown up around governance, he says, “The most important part is the least examined: The board is a social entity. And the human beings on it – they act like human beings do in groups. The longer individuals are there, the more allies they have, the more they have their dislikes, the more irrational they become in terms of personal conflict.”

Instead of aggressively advocating a point of view, directors should ask probing questions, CEOs say. Naturally, CEOs come to their boards prepared to defend their own carefully considered opinions. But they really do want important decisions to emerge from intelligent stress testing. A rubber stamp might be expedient in the short term, they say, but a casual “sounds like a great idea” won’t have enough tread for a longer journey.

CEOs, necessarily limited in their ability to manage succession, are acutely frustrated when boards fall short in this most visible and high-impact responsibility. The executives we spoke with focused on the general need for more-orderly succession processes. They are committed to cultivating a leadership pipeline and developing capable successors within the organisation. And they stress the importance of giving the board a good look at the company’s rising talent.

Having paid such careful attention to the internal pipeline, CEOs are impatient with boards’ tendencies to fall in love with external candidates. It’s easy to understand why that happens: The board has spent enough time with inside prospects to see them “warts and all,” but in limited interviews, outside candidates can appear flawless. CEOs are dismayed that boards don’t take account of this obvious illusion, and they wish for a more thoughtful process that would take advantage of their knowledge and expertise.

Our conversations showed us that the CEO-board relationship is more nuanced than the standard debates about corporate governance recognise. Undoubtedly, those debates will continue. We end, therefore, with advice to the experts and advisers seeking to improve board performance. Turn the focus to the human level, and listen to every informed perspective on what goes on there, including the CEO’s.