What ever happened to accountability? 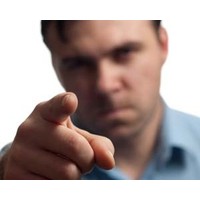 If you’re looking for management lessons from outside the halls of corporations, you could do worse than to study the United States Army. That master of management teaching, Peter Drucker, often turned to the military of his adopted nation for inspiration, especially on matters of leadership.

Take, for example, this advice from his 1967 book, The Effective Executive:

“It is the duty of the executive to remove ruthlessly anyone – and especially any manager – who consistently fails to perform with high distinction. To let such a man stay on corrupts the others. It is grossly unfair to the whole organisation.

“It is grossly unfair to his subordinates who are deprived by their superior’s inadequacy of opportunities for achievement and recognition. Above all, it is senseless cruelty to the man himself. He knows that he is inadequate whether he admits it to himself or not.”

The first example Drucker cited of such wise practice came not from the business world of the 1960s but from the Army of the 1940s. Its leader, General George C Marshall, he wrote, “insisted that a general officer be immediately relieved if found less than outstanding.”

Ironically, by the time Drucker was writing, the Army had lost the practice of swift relief that Marshall had enforced so vigorously. To study the change in the Army across the two decades from World War II to Vietnam is to learn how a culture of high standards and accountability can deteriorate.

The right people in the right jobs

When Marshall is remembered nowadays, it is more often for his role in establishing the Marshall Plan, which revived the economies of post-World War II Europe, than for his role in the preceding war. Yet he was unwavering, even fierce, in doing what needed to be done to win that war.

Few overhauls are as sweeping as the one Marshall oversaw: the creation of the American superpower military, the globe-spanning mechanised force that we have come to take for granted over the past seven decades.

As transformational leaders tend to do, Marshall began by focusing on people. He truly was ruthless in getting the right people in the right jobs – and the wrong people out of them. When Brigadeer General Charles Bundel insisted that the Army’s training manuals could not all be updated in three or four months and instead would require 18, Marshall twice asked him to reconsider that statement.

“It can’t be done,” Bundel repeated.

“I’m sorry, then you are relieved,” Marshall replied.

It was a dynamic and hard-nosed system of personnel management – and it worked.

A plunge into institutional self-interest

After the Korean conflict, the Army as an institution was adrift. Some seriously questioned whether ground forces even had a role to play in the era of nuclear weapons, which were revolutionising the Air Force and the Navy.

Scrambling to justify its existence, the Army came up with a new role for itself. If the Air Force and the Navy were focusing on atomic war, at the high end of the conflict spectrum, the Army would move to the low end, the area historically occupied by the Marine Corps. General Maxwell Taylor, the Army’s chief of staff during the second half of the 1950s, began a new emphasis on “brushfire wars.” To prepare for engagement in such small conflicts, he established a “special warfare school”.

Taylor would prove to be almost the opposite of Marshall. Where the latter had kept his distance from the White House, Taylor made it his base of power. Marshall had insisted on candour and had given it to the president. Taylor, by contrast, had a tendency toward mendacity. He played on distrust between generals and marginalised the members of the Joint Chiefs. He also encouraged the selection of notably stupid men to command the war in Vietnam – first Paul Harkins, and then William Westmoreland.

Thus the Marshall system of generalship saw its collapse in Vietnam. Honesty and accountability were replaced by deceit and command indiscipline. A force that in World War II had been lauded for its adaptability proved agonisingly slow to recognise the nature of the war in which it was engaged.

The lingering cost of mediocrity

When the process by which leaders earn and keep their positions loses its integrity, the loss extends far beyond poor outcomes achieved locally. Across the system the ability to do the top-end work of leadership begins to atrophy.

In the 1970s and 1980s the Army was given a sweeping overhaul. Less noticed at the time, and still largely unrecognised, was that this overhaul occurred at only one level. Focused on teaching the force better tactics to get its job done, Army leaders gave short shrift to strategic thinking. They didn’t recognise the distinction between winning battles and the more difficult task of winning wars.

In Iraq and Afghanistan, US troops fought their battles magnificently. Yet the new body had an old head. The troops were led by generals who surprisingly often seemed ill-equipped for the tasks at hand, especially the difficult but essential job of turning victories on the ground into strategic progress. Four times – in 1989 in Panama, in 1991 and 2003 in Iraq, and in 2001 in Afghanistan – Army generals led swift and successful attacks against enemy forces without a notion of what to do the day after their initial triumph. In fact, they believed that it was not their job to consider that question. Effectively, the Army had confused leadership of a battalion (the first level at which a commander has a staff) with generalship.

The history related here has clear implications for business as well as military leadership. The personnel equivalent of Gresham’s Law is that bad leaders drive out good ones, and mediocrity can quickly become institutionalised. To regain its strengths in adaptability and increase its combat effectiveness, the Army must restore accountability. All its generals should face rigorous review. Those whose initiative takes us closer to a shared vision of success should be promoted. Those who prove unequal to this high challenge should be moved out of the way (though perhaps given another chance when circumstances change) so that others might succeed. In the military, where incompetence gets people killed, inadequate leaders should not linger in place.

Excellent talent management is vital to any organisation. As business leaders look to the US military for lessons, they will find many positive ones. The Army knows how to produce a well-trained, highly motivated, and extremely diverse workforce. But business should also heed the negative lesson the military teaches about leadership and strategy.

When the mission of an enterprise is clear and placed front and centre, the relative performance of leaders can be assessed objectively. The decision on whether an individual deserves high rank can be, in Drucker’s term, ruthless – but yet the opposite of cruel.

Thomas E. Ricks has written five books about the American military, including ‘Fiasco’ and ‘The Gamble’,  both about the war in Iraq. His most recent book is ‘The Generals: American Military Command from World War II to Today.’