What if your manager’s work could be replaced with an algorithm? 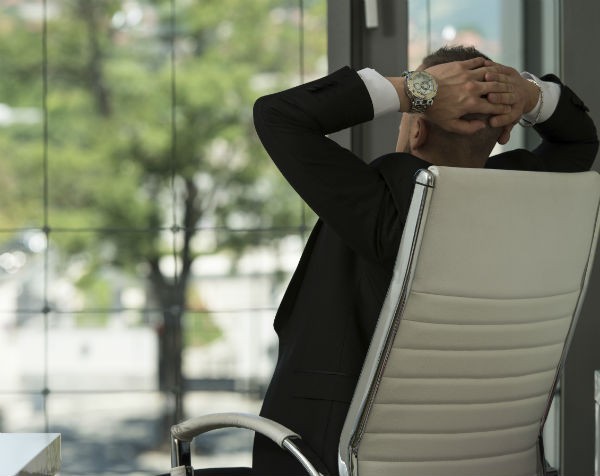 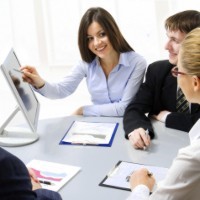 As new organisational forms emerge, much managerial administration undertaken by large organisations is being shown to be a waste of time and money. Generally, networked computers can do these tasks far more effectively, fairly and consistently than human managers.

This is changing best practices rapidly, and organisations that do not respond, by reducing administrative overheads, are being left behind by those that do.

One defence of the human manager is her or his capacity for empathy, and yet organisations everywhere are rife with interpersonal strife – bullying, victimisation and low morale. If human managers exist primarily to ensure happier workplaces, they are failing at this basic task.

Are we at the dawn of an age without managers and, if so, could this be a very good thing?

What do managers do, really?

In the history of management thought, the managerial task has emerged as a synergy of planning, leading, organising and controlling. To simplify somewhat, managers have traditionally tended both to matters of operational effectiveness and human motivation.

Originally, the human or interpersonal elements of management weren’t considered too important. For example, the “father of economics”, Adam Smith stares wistfully, on the back of England’s Twenty Pound note, at his famous and dingy pin factory. Workers toiled away at specialised tasks, supervised by an unsympathetic controller.

Smith had in mind the economies to be had by the division of productive labour into specialised tasks, but what subsequently emerged was management as a separate (and well remunerated) specialised task on its own.

For much of the industrial age, large, amply managed firms have been seen as the most logical way to organise value-adding activities. Human managers have been the best way of coordinating value-adding processes. As a bonus, they were also able to manage the human element of the organisation through leadership and motivation strategies.

Some have suggested the internet has fundamentally changed best practice in the management of value-adding processes. Uber, for example, provides a recent exemplar of disintermediation, where we offer our skills and resources into an efficient, electronically mediated marketplace where our marginal value is recognised by willing buyers.

Uber is disrupting the taxi industry in each new market it enters. Taxis have traditionally been one of the most regulated industries anywhere. In the United Kingdom, the United States and Australia, governments have tightly licensed the taxi industry, accruing to themselves significant fees in exchange for taxi licenses.

Like other successful web-based businesses, Uber relies on what is known as the network effect. In essence, more Uber “riders” creates a greater supply of Uber drivers, adding to the utility derived by Uber riders whose patronage increases.

One interesting aspect of all of this is that the Uber model can and does function with very little managerial oversight. Buyers and sellers transact at a price set by an algorithm, Uber gets its cut, no managers necessary.

Great to see so many Uber partners at our ‘how to launch a small business’ workshop with @MelbourneGA tonight! pic.twitter.com/emeQ2gH9g3

Uber runs “How to launch a small business” workshops for drivers, with the emphasis on individuals acting as freelancers.

Compare this to the traditional business model of the taxi industry where owners, fleet managers and drivers work with outmoded technology competing for a cut of a highly cyclical income stream, all the while trying to recoup the outlay involved in taxi license ownership.

Uber’s success suggests improved technology, better networking, more accurate data and fairer algorithms can replace much of the effort of managers and administrative staff in an organisation. Does the future entail more of us spending more time creating value, and less time administrating the creation of value?

Is it a problem that Uber’s algorithms don’t understand the human element of the organisation, treating all drivers like automatons without reference to their human frailties? The answer is probably yes, but this is no defence of modern, over-administered bureaucracies.

Clearly Uber has implications for all organisations. Reducing administrative costs leads to more efficient organisations. Well designed measures of performance administered fairly reduce much of the arbitrariness and petty politics that lie at the heart of poor management and wasted organisational performance. The Uber model also gets more people to the coalface, engaging with customers and doing the work that creates real value for the organisation.

Uber-type structures are not just useful for menial tasks like taxi driving. Network and hybrid organisations of skilled professionals have been using such a model for decades – negating the need for expensive head office expenses to ensure a greater proportion of revenue earned moves into the pockets of those who do the work.

As such, Uberisation in some form or other is on its way to workplaces, large and small. We should all get ready for the ride.

John Rice is Professor of Management at University of New England.
Nigel Martin is Lecturer, College of Business and Economics at Australian National University.