What leaders want from Santa 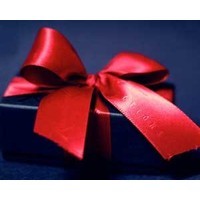 The story goes that the parents of two kids – a born optimist and an incurable pessimist – decided to try to achieve balance over the holiday season. When the kids headed for the presents under the tree they each found a note. It said that Santa had met their first couple of wishes but that as times were tough they would have to take a raincheck on delivery.

The first to find this note immediately declared that as his first priority was for the latest technology, the delay would be fine as he would be able to get the debugged version of Apple’s latest iPad. The second kid responded that it was just what he expected as he had asked for Christmas to be postponed until he could get a better New Year offer.

A story by The Australian’s John Durie provides an insight into what business leaders want from Santa this year. They say that they have been good, kept on staff and tried to adjust to market volatility. Now they would like the bad guys on all sides to recognise that the nation needs certainty, clear policy directions and a truce in the personality politics.

It’s interesting to look at what they see as the prerequisites for business confidence to get an early boost in 2013.

Santa’s business bag of goodies would include 10 strategic priorities:

–      A policy-first productivity “accord” along the lines of the Prices and Incomes Accord introduced by Bob Hawke’s Labor government in 1983. Unions agree to restrict wage demands and the government pledges to minimise inflation.

–      A clear commitment to interest rate cuts and stability by the Reserve Bank of Australia.

–      An urgent review of the Fair Work Act to promote greater flexibility.

–      Collegiate rather than antagonistic relationships with ministers.

–      Rewards and support for taking up the challenges outlined in the Australia in the Asian Century white paper, released last month.

–      The chance to bed down new financial service regulations and Basel III, the global regulatory standard on capital adequacy for banks.

Mike Smith, the CEO of the ANZ Bank, sums it up in Durie’s story: “2013 is an election year and I think that will make the political environment difficult. Having said that, both sides of politics, business and unions have really got to find new ways to work constructively together … and with more urgency on issues like productivity because if we can’t, we are going to be left behind given the nature of global competition.”

That is clearly the New Year wish list of business optimists. Medium-sized enterprises tend to follow the pessimists’ perspective in the hope that they can skip most of 2013, the budget surplus promised by the Treasurer, Wayne Swan, and the acrimony from the Opposition leader, Tony Abbott.

Simplification of taxation and regulatory codes and less red tape.

An amnesty on payroll tax for companies taking on willing workers.

And, most of all, customers to patronise their stores and convert confidence into cash flow.

Andy Yates, a director of Europe’s largest business money saving site, Huddlebuy.com.uk, summed up these decidedly optimistic wishes on the realbusiness website, saying: “The economic barometer has been fixed on cold for some time, now. I don’t expect you, Santa, to warm things up sufficiently to deliver the miracle of strong growth. If you can spread a bit of festive cheer – more importantly, confidence – then things might begin to look up in 2013.

“If big businesses can see light at the end of the tunnel, they may stop sitting on their hands and cash, and invest in people and production for medium-term growth. With a fair wind, 2013 could be a turning point. If confidence grows, so will employment and demand.”