What’s going on with the Abbott government? 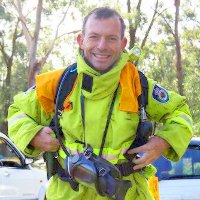 For every opposition, the prospect of taking office – attaining politics’ ultimate prize, often after years of hard grind – can be relied upon to drown out the little noises of self-doubt and self-criticism that lurk inside the head of any reasonable politician.

The transition to power? We’re ready. There’s a whole bureaucracy devoted to helping us with that. And we’ve watched the other mob, that hopeless, talent-challenged crowd, mess it up; we know how to avoid the pitfalls. That’s the self-talk in which pretty much every new government indulges. Bear in mind, politics is very much a confidence-based activity, at least in the way that it’s habitually conducted in Australia.

The only time in recent history a new government genuinely entered on tip-toe was in 1999 when the Victorian ALP, led by Steve Bracks, shocked even itself by defeating the Kennett government.

Bracks knew his team was underprepared, so he organised workshops for his ministers, who were instructed on how to do their jobs by senior members of the then-highly regarded New South Wales government led by Bob Carr. Labor began slowly and quietly, went on to secure a landslide victory at the next election and held office for 11 years.

The contrast between that entry to power and the experience of the Abbott government in its first three months is stark.

Let’s get all of the concessions out of the way. The electoral term has a long way to run. Most new governments experience some early turbulence; this was the case under Hawke and Howard.

The power relationships inside the government have not yet been settled. Its policies have not yet had the opportunity to be felt. External events can change the political outlook dramatically – the biggest recent example being the terrorist attacks of September 11, 2001.

Having acknowledged the above, it still has to be asked: what’s going on with the Abbott government?

Events will always test a government, new or old. The revelations of the 2009 monitoring of the telephone traffic of senior members of the Indonesian government by what was then the Defence Signals Directorate (DSD) were not attributable to anything Tony Abbott or his team had done.

And Abbott was caught in a very difficult position. He had to satisfy the diplomatic need to placate Indonesia while also meeting the imperative of not compromising Australia’s security.

He faltered, but he’s new to the role of being the nation’s spokesman to the world. No freshly minted prime minister has known how to fashion le mot juste right from the start.

The real problem for Abbott during those tense weeks after the DSD revelations hurt the Indonesia-Australia relationship came not from what was said then but from what the Liberal-National Coalition had said and done before.

There is a price to pay for being the most aggressive, unyielding opposition in recent memory. And the new government is in the process of paying it.

The revelations came after a swaggering performance by the Coalition on asylum seeker policy in the months leading up to the election, which characterised Indonesia as a bumpkin state that would cop whatever an Abbott government would give it when it came to towbacks and boat buybacks.

That was the context. Once Abbott got a few words out of place in his response to the spying furore, the Indonesian government swooped.

There is a price to pay for being the most aggressive, unyielding opposition in recent memory. And the new government is in the process of paying it.

Under Abbott the opposition leader, there was nothing that could not be reduced to a slogan. Nor were there many issues that could not be subjected to a form of triangulation in which what was said or proposed could be read in several ways.

The best example of the latter is the question of man-made climate change. The government’s position is that it accepts the phenomenon as a reality. Its Direct Action policy is proffered as proof.

But the government is far more exercised by taking credit for killing the carbon tax. And it openly scoffs at the idea that any atmospheric events can ever be attributed to climate change – a curious way to express belief. How long will this approach be sustainable?

Of course, there are other examples that have been widely canvassed in recent weeks: the budget emergency that has lost its urgency; the debt crisis that necessitated the removal of a limit on future borrowings.

The most disturbing was the rolling catastrophe over education funding, Labor’s Gonski model being thrown out. On a crucial national policy, the government simply made it up as it went along. Education minister Christopher Pyne came out of it looking like an utter fool.

The result was that to rescue itself from a self-created disaster, the government – with finances already under heavy strain – produced A$1.2 billion extra and threw it, no strings attached, at the holdout regimes of Queensland, Western Australia and the Northern Territory so that it could say that it had reached a fully national funding agreement.

Has there ever been a government that’s had to buy itself out of a massive political problem in its first three months?

This suggested a lack of process inside the government, a lack of hard policy work during the opposition years and a lack of direction, of clearly thought-through goals.

A distressing possibility is that in office the Coalition has gorged on its slogans and still believes its overriding mission is to disgrace the Labor Party. Here’s hoping that’s not so. It’s no way to run a government.

Shaun Carney is an Adjunct Associate Professor, School of Political and Social Inquiry at Monash University.