What you can learn from family business 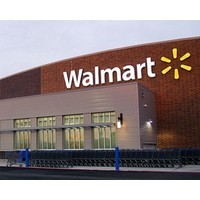 To many, the phrase “family business” connotes a small or mid-sized company with a local focus and a familiar set of problems, such as squabbles over succession. While plenty of mom-and-pop firms certainly fit that description, it doesn’t reflect the powerful role that family-controlled enterprises play in the world economy. Not only do they include sprawling corporations such as Wal-Mart, Samsung, Tata Group and Porsche, but they account for more than 30% of all companies with sales in excess of $1 billion, according to the Boston Consulting Group’s analysis.

Conventional wisdom holds that the unique ownership structure of family businesses gives them a long-term orientation that traditional public firms often lack. But beyond that, little is known about exactly what makes family businesses different. Some studies suggest that, on average, they outperform other businesses over the long term – but other studies prove the opposite.

To settle that question, we and Sophie Mignon, an associate researcher  at Ecole Polytechnique, studied 149 publicly traded, family-controlled businesses with revenues of more than $1 billion. Our results show that during good economic times, family-run companies don’t earn as much money as companies with a more dispersed ownership structure. But when the economy slumps, family firms far outshine their peers.

The simple conclusion we reached is that family businesses focus on resilience more than performance. They forgo the excess returns available during good times in order to increase their odds of survival during bad times. A CEO of a family-controlled firm may have financial incentives similar to those of chief executives of nonfamily firms, but the familial obligation he feels will lead to very different strategic choices. Executives of family businesses often invest with a 10- or 20-year horizon, concentrating on what they can do now to benefit the next generation. They also tend to manage their downside more than their upside, in contrast with most CEOs, who try to make their mark through outperformance.

At a time when executives of every company are encouraged to manage for the long term, we believe that well-run family businesses can serve as role models. So how do family-run firms manage for resiliency? We’ve identified seven differences in their approach:

While countless corporations use stock grants and options to turn managers into shareholders and minimize the classic principal-agent conflict, family firms seem imbued with the sense that the company’s money is the family’s money, and as a result they simply do a better job of keeping their expenses under control.

2. They keep the bar high for capital expenditures

“We have a simple rule,” one owner-CEO at a family firm told us. “We do not spend more than we earn.” This sounds like simple good sense, but the reality is, you never hear those words uttered by corporate executives who are not owners.

At most family firms, capex investments have a double hurdle to clear: first a project must provide a good return on its own merits; then it’s judged against other potential projects, to keep spending under the company’s self-imposed limit. Because they’re more stringent, family businesses tend to invest only in very strong projects. So they miss some opportunities during periods of expansion, but in times of crisis their exposure will be limited because they’ve avoided borderline projects that may turn into cash black holes.

In modern corporate finance a judicious amount of debt is considered a good thing because financial leverage maximises value creation. Family-controlled firms, however, associate debt with fragility and risk. Debt means having less room to manoeuvre if a setback occurs – and it means being beholden to a nonfamily investor.