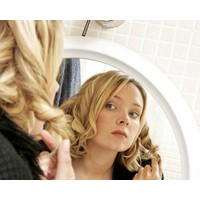 Great leaders and business people are often powered by self-interest. Among their many resounding characteristics, narcissism is prevalent – although it tends only to rate a mention with negative connotations out of their earshot.

However, when managed well, narcissism is good. It can be constructive and has a very powerful and advantageous side, says Malcolm Dunn, director of executive development services within AGSM Executive Programs at the Australian School of Business. “The good part of the success and drive of narcissistic leaders is the creation of something extraordinary,” says Dunn. “They are incredible achievers who have great energy and drive and are brilliant communicators who are very persuasive.” Dunn is not alone in this line of thinking.

A healthy, strong ego is what enables leaders to be high achievers, concurs David Drake, consultant and executive director of the Centre for Narrative Coaching. “[Leadership] takes a lot of gumption and belief in being right, and that powers the ability to lead other people.” Self-focus often generates the energy and the passion that people want to follow, Drake says. “In itself, narcissism is not bad when leaders can embody its healthy aspects and make peace with those that are less so.”

Poster boys and girls for the negative side of narcissism in business abound. Among the most prominent in recent history are the charismatic, determined leaders of the collapsed Enron, who were unscrupulous, had very low empathy for others, and who famously crashed and burned. The bankrupted company’s former chief financial officer Andrew Fastow and chief executive Jeff Skilling are now in prison, and chairman CEO Kenneth Lay died during the trial process. They are “a good example of narcissistic behaviours in their sense of immunity to consequence, manipulation of the environment for personal gain, and an inability to consider the needs of others”, Drake says. “Narcissism gives people a sense that they can do no wrong. It leads to a very narrow view of the world that starts to justify things for the individual, at the expense of other people.”

Before narcissists run out of control, they need to be managed to stop their behaviour becoming destructive for themselves and others – as it so often does, notes Dunn. But first, it’s helpful to know the origin of the trait.

According to Drake, a coaching psychologist, narcissism starts in childhood. “As children we develop compensatory behaviours when our initial efforts to get our needs met – to feel safe and connected or to be ‘seen’ for who we are – are insufficient,” he says. “Because of feelings of low self-esteem or low tolerance for issues that cause anxiety, compensatory behaviours – such as the need to be in control of an environment, to have high energy levels, and high power and status – tend to develop. This is particularly true when children feel threatened or anxious. Over time they develop what are called ‘attachment patterns’ around what to do in moments when they need to retain a sense of connection and confidence. For example, it is common for narcissistic leaders to bring to work the need to keep moving forward in order to survive. Many become very ambitious in order to dull this feeling of not being good enough. This drives them very hard and ironically they become successful, because of that.”

Witness the creativity and tenacity of great explorers, artists and musicians: all high-ego people, many of whom have had flawed family backgrounds, notes Dunn: “The pressure cooker of the dysfunctional family often creates the diamonds of capability.”

But it’s not just managers who had difficult childhoods who become narcissistic leaders. Robert Hogan, president of Hogan, a US-based international authority on how personality factors influence organisational effectiveness, points to former US president Bill Clinton and World War II military hero Douglas MacArthur as narcissistic leaders who had doting parents. “Freud, who was fabulously indulged by his mother at the expense of his talented sisters, was fond of saying that any man who enjoyed the exclusive attention of his mother was destined to think of himself thereafter in heroic terms – as a conquistador,” wrote Hogan and consulting psychologist James Fico in The Handbook of Narcissism and Narcissistic Personality Disorder.

Compensatory behaviours can spring from situations in which an individual becomes an overachiever to prove his or her parents wrong, Dunn reports. Also prevalent is “vicarious identity” in which a child grows up to fulfil parents’ ambitions for what they never were. Gender issues may also come into play. For example, there are men who behave in an overly macho style because they don’t want to embrace their femininity, and women who feel they should behave just like their father in order to succeed, as he did, observes Dunn. “There are many types of compensatory behaviours in the workplace and most are not sustainable because they come from a negative base.”

If narcissism gives leaders competing attributes – making them both powerful and destructive – is it possible to dampen the negatives without throwing those self-absorbed babies out with the bath water? Coaching and counselling play a key role, Dunn believes.

Despite the obvious negatives, a business coach who is working with leaders should never label narcissistic behaviour – or its consequences – as “bad”, cautions Drake. This strengthens their defences and underlying self-doubt or fears. Rather, it is useful to hold up a compassionate “mirror” so they can see themselves in action. In that process, leaders become more aware of what is driving them, reflect on whether it still matters, and begin to accept feedback and new perspectives. They often relinquish the need to fight and instead use their strong drives to lead in a more engaged way.

“Ironically, for many leaders narcissistic behaviour is really about a lack of self-belief and confidence, even though they are often considered overly self-confident,” Drake says. It’s important to encourage them to pay attention to the “hollow spots”, the places in which they feel their needs were not met as children. Helpful steps include mindfulness practice, finding ways to serve people or deepening their relationships with significant others, he advises. “They need to discover more of their own true voice and more of what others need as well.”

But, be warned! Unplugging narcissism through self-discovery can reconfigure the leader to such an extent that the pressure of leadership is rejected outright, says Drake. Suddenly a formerly front-foot leader may no longer want to forego family and friends to prove themselves. An epiphany can also involve seizing an opportunity to gain deeper respect as a leader by offering more mentoring, focusing on the growth of others, looking at the broader picture for their company and becoming more strategic. “They become a different kind of leader,” Drake says. “One who is more able to see people shine and to authentically support others and not have the ‘as long as it makes me look good’ string attached. Some people go on to become far better leaders because they are more whole as people.”

Hogan and Fico lay down ground rules for narcissistic leaders and suggest they should be encouraged to: increase the frequency of equitable interactions with subordinates – stop taking “victory laps” and start conveying inclusion and respect; listen to the customer; avoid special treatment for high-performing senior executives as this is likely to demoralise staff; perform after-action reviews for all major projects –  as this requires leaders to look at reality through others’ eyes; and, to identify colleagues who are skilled at maintaining bonds amongst team members and make them allies.

It’s not just the leader who is assisted through the right type of coaching. Hogan says narcissistic leaders “tend to denigrate employees, reject close working relationships, and make grandiose and unpredictable demands on their staff, and research shows this can create negative health outcomes for staff”.

A well-managed organisation has higher checks in place to ensure the CEO and other senior executives perform – without causing damage – and that responsibility lies with the board. But as Dunn notes, boards often turn a blind eye to the behaviour of a narcissist as long as the leader is getting the job done. Directors may even be cowed by the tyrannical behaviour of the leader, he suggests. Inadvertently, boards become victims of narcissists. “If a strong personality is leading the company … he or she must be balanced by a strong board. The leader cannot continually have their own way and bully the board into submission.”