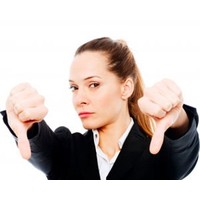 Imagine if your staff could review your performance as a CEO online for the whole world to see. Well, it’s already happening.

The list was devised by assessing reviews written by employees, who had the option to give the thumbs up or the thumbs down in response to the question: do you approve of your CEO? More than half a million reviews were submitted, according to the site.

This style of democratically commenting on business leadership is becoming increasingly common. Social media such as Facebook and Twitter provide a rolling commentary on companies’ successes and failures, including the performance of their leaders.

Dr Hilary Armstrong is the education director at the Institute of Executive Coaching and Leadership. She wrote in her recent white paper, Leadership development for the future:

“With many more people having greater access to international knowledge banks there is a democratisation of knowledge. Leadership can no longer depend on subject-matter expertise. People are networked more than at any other time.”

“I’m stealing a quote from [recruitment expert] Ross Clennett: ‘It no longer matters what you say about yourself; it’s what people say about you’ – and I think that’s the way it should be,” Babet says.

“Some feedback is better than none at all,” he told LeadingCompany recently. “It shows a level of engagement … but obviously it’s better to have processes in place where concerns are raised before they get to that level.”

So can Australian CEOs expect to be publicly ranked? Two local corporate review sites say they are considering following the Glass Door initiative.

JobAdvisor’s Babet, whose site ranks companies rather than individuals, has some reservations about the idea. “As soon as it becomes a personal rating some people have a natural hesitation around that,” he says. “With our reviews we don’t let people mention an individual by name or by inference. We want make sure that we’re not out there to create drama and upset employers or to provide a forum to have a whinge.”

The aim is instead to help employees read reviews on employers before they commit to a job or a leadership style that they may not like.

Babet says he thinks CEO rankings could be a useful tool for executives, enabling them to get feedback on their leadership style.

Review site WorkplaceFit is also wary about introducing a ranking system, but for a very different reason. Co-founder Fabian Mendes is less convinced about the relevance for his site’s audience.

“It’s under consideration [but] the discussion is, if the CEO is good, does that improve my engagement with the organisation or my job satisfaction?” he says. “A person may like the prime minister, for example, but be dissatisfied with the government.”

To test the veracity of the reviews on Glass Door, LeadingCompany went to the website and assumed the identity of a Facebook employee to submit a scathing review of Mark Zuckerberg’s performance as CEO. Apart from asking for our email address, there was no verification of our identity.

This exposes a significant downside of anonymous reviews: they can easily be faked. Mendes admits that verifying the identity of posters is almost impossible.

“We’ve got terms and conditions that all users have to accept,” he says. “It’s an honesty system on one hand but on the other hand proving someone worked somewhere in the past is a bit hard. It’s probably something you could do with current employees [with company emails]. But then there are privacy issues around that.”

Babet says employers have nothing to fear from a democratised business world.

“If employers are a little bit afraid about what people will say about them, then they’ve obviously got a problem,” he says. “Happy people equal profitable companies.”

He says that the lack of accountability is a big problem, but the process on JobAdvisor is very strict.

“Every review we post on our website they need to provide an email address. [We do this in order] to prove they own that email address, not to identify them,” he says. “If you don’t provide that, you’re cut off. And even once they’ve provided that, it hits the moderation process and that’s a human looking at it. The review has to be useful, it can’t mention people and it can’t be slanderous. It’s not 100% fool-proof but I think that goes a very long way.”