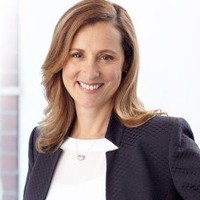 In a post-game press conference, former Chelsea English Premier League soccer coach Jose Mourinho told the world that his players ‘had betrayed him and could no longer view themselves as superstars’.

He attacked his players and even the ball boys, conveniently leaving out any self-reflection on his contribution.  Mourinho’s focus was on himself, how he felt betrayed (Blaming) and on all the work he had done to prepare (Defensive).

His words were very self-focused:

“I feel my work is betrayed,”

“I worked four days in training for this match.

“I went through it all with the players, you can ask them.”

Blame is toxic:  It helps you to avoid taking responsibility for your part in the game.   Unchecked it leads to contempt and the ‘inconvenient truth’ is that when we have contempt for others, it’s often a reflection of the contempt we have for ourselves.  The best gift Mourinho can have given himself this Christmas would have been to invest in himself, reflect and ask the following courageous questions:

When we create a culture of blame it spreads quickly, becomes normal and escalates poor behaviours.

Blame derails performance:  It creates a fear-based culture where even the best teams struggle to shine. It creates division, hinders collaboration and promotes unhealthy tension and competition.

The antidote is to replace blame with curiosity.  When we are genuinely curious we are no longer able to stay attached to blame. This is a healthier place to reflect and assess the situation and to find strategies for forward movement.

The context for those who do not follow the premier league is that Chelsea worked hard to take the title the previous season with virtually the same squad.  Mournhnio seemed happy to accept the credit for his team’s success, elevating himself by putting the team down:

“Sometimes I find myself thinking last season I did an amazing job, brought players to a level not their level.”

This shows a leader who is happy to claim credit for his team’s successes and equally happy to blame them when performance low.

Meanwhile, the Chelsea players have conducted themselves in a professional manner showing their former manager by their actions how to behave.

High-performing teams work together, a leader is part of the team and when the going gets tough they pull together to lift their game

Pollyanna Lenkic is an author, coach, and speaker who works with leading organisations. Her structured approach delivers an uplift of 25% in team performance. To work with Pollyanna go to her website.