When the crowd fights corruption 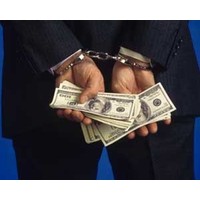 In Russia, citizens are cleaning up business and government.

When the World Economic Forum recently surveyed leaders to identify the greatest impediments to conducting business in developing countries, they cited corruption as the biggest hurdle in Russia, the second-biggest in India and the fifth-biggest in both China and South Africa.

Governments in some emerging markets have taken action. Legislators and courts in Brazil, China, India and other countries are starting to take on vote-buying, contract-rigging, election-fixing and other types of illegal activities. Private citizens are also joining the fight against corruption. Some are making the effort via for-profit ventures; others take a grass roots approach, using the power of the Internet to shine a light on corrupt practices in government. We have been studying this new breed of citizen-driven initiatives in China, India, Russia and Turkey because business leaders can no longer ignore them: These initiatives are raising public awareness as never before and demand that CEOs pay attention. We focus in this article on RosPil, a web-based effort to expose corruption in Russia. Founded in 2010 by Alexey Navalny, a lawyer turned anti-corruption activist, RosPil crowdsources its activities by distributing tasks to anonymous participants who identify requests for government tenders that are designed to generate kickbacks.

As Navalny’s efforts gain popular support in Russia, they raise issues for business that are not easy to address.

The rise of Navalny

Executives’ perceptions that corruption is a sorry fact of life in Russia are generally accurate.

The roots of the problem date back to the Soviet Union’s collapse. Vladimir Putin, who served his first two terms as Russia’s president after Boris Yeltsin’s resignation, revived the economy on a wave of rising oil and gas prices and demolished the oligarchs’ power, although he did very little else to combat corruption. He also made Russia a “managed democracy,” where elections are supposedly democratic but candidates are chosen behind closed doors, where free speech is ostensibly protected but most media outlets are state-owned or state-influenced, and where the economy is apparently a free market but corruption thrives.

Against that backdrop, Navalny, a 36-year-old father of two, seems an unlikely candidate to start an anti-corruption drive in Russia. After becoming a full-time stock trader, Navalny in 2007 invested about $40,000 in several businesses, including the country’s largest oil and natural gas companies: Rosneft, Gazprom and Transneft. Despite a sustained surge in oil prices and Russia’s abundant energy resources, the three stocks yielded suspiciously modest returns.

Two years later, according to an April 2011 profile of Navalny in The New Yorker, he read a newspaper snippet saying that Transneft had donated $300 million to charities – about 10 percent of the annual profits of the company. A skeptical Navalny wrote to the company’s president, asking for the names of the charities to which it had contributed. Transneft refused to provide the information, so Navalny asked the Russian Interior Ministry’s economic security division to open a criminal investigation.