When to hire a new CEO: Learning from the examples of Twitter and Bigcommerce 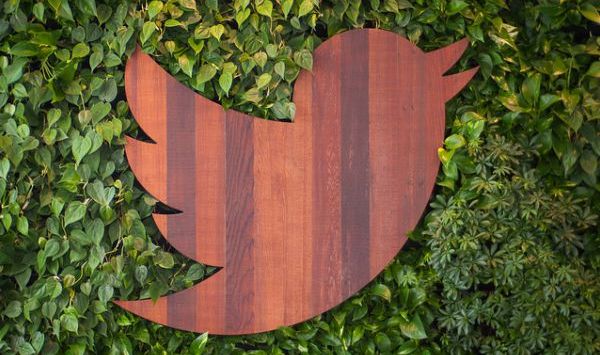 During the past week, both Twitter and Bigcommerce announced CEO transitions.

My prior company (Twitter) and current company (Bigcommerce) made their respective announcements within days of each other.

Of course, the timing of these two transitions has to be a coincidence. The two companies are at different stages (public vs pre-IPO), operate in different sectors (social media vs software-as-a-service), and do not share a single board member. Obviously there can’t be a connection between these two leadership changes — right?

Look deeper at these two companies, however, and you start to see similarities. Both Twitter and Bigcommerce are rapidly evolving businesses. Each company has already achieved a level of success rare among tech startups. Twitter and Bigcommerce are younger (and hungrier) than the more established competitors in their sectors. And both of these companies have yet to reach their full potential.

There are other similarities which I’ll describe in further detail…

Start with the entrepreneurs

Every startup begins as an idea — not quite fully-formed — in the minds of its founders. Entrepreneurs are a special breed; they see opportunities where others don’t, and feel compelled to act upon them.

Twitter started when Ev Williams, Biz Stone, and Jack Dorsey branched out from their previous startup (Odeo) to launch a service that asked users a simple question: “What are you doing?” The service evolved to ask a more general and prescient question – “What’s happening?” – foreshadowing that Twitter would become a real-time news and information source for events around the globe.

Bigcommerce had its origins when Eddie Machaalani and Mitch Harper decided to transition their startup (Interspire) from on-premise software to software-as-a-service. Our two co-founders experimented with different products but ultimately focused on building an e-commerce platform. Their mission was to democratize e-commerce for every small business on the planet.

Twitter started out in 2006 as a side-project from Odeo, with only a few people working on it. It seemed like a curious idea that didn’t get much traction until the South by Southwest (SxSW) festival in 2007, where it was discovered and heavily used by attendees. That annual gathering of artists, musicians, and technologists in Austin was the catalyst that proved to the founders that Twitter could become something big.

Twitter provides a new way of messaging. It’s really the messaging service we didn’t know we needed until we had it — Biz Stone, co-founder of Twitter

When Bigcommerce began in 2009, it faced literally 500 competitors spanning from open source to high-priced enterprise software. In the face of seemingly insurmountable odds, the new company found a market for its e-commerce SaaS platform. The initial traction achieved in the company’s first 12 months encouraged Eddie and Mitch to continue on the journey.

Once a startup builds momentum in the marketplace, the next phase for the company is to grow the team. Hiring employees with experience operating at scale will prepare the organization for the next phase of growth. The alternative to growing the team is to maintain small-scale operations — with the opportunity cost of not realizing the company’s full potential.

Growing a company requires capital, and both Twitter and Bigcommerce are VC-backed firms.

Twitter raised funds prior to its IPO to grow its team through aggressive hiring and by acquiring smaller startups (most notably, Vine). Twitter quickly expanded beyond its San Francisco headquarters and opened offices worldwide — including R&D centres in New York, Boston, and Seattle.

Bigcommerce was founded in Sydney but established its headquarters in Austin (where it is now running out of office space). Within the last 18 months, Bigcommerce has established its R&D centre in downtown San Francisco, has grown the team in each of its three global offices, and has completed its first acquisition.

Both Twitter and Bigcommerce scaled their ranks with additional skills and experience, with the goal of executing with higher velocity and precision.

From its humble beginnings — and early notoriety for crashing under heavy load— Twitter has evolved into a household name. Its engineers have overcome the reliability and performance issues of the past. Twitter is now a publicly traded company which posted revenues of $436m in Q1 2015. In fact, Twitter is one of the top 15 publicly traded internet companies by market capitalization. It has already become more successful than almost anyone would have predicted.

Within the past 12 months, Bigcommerce has announced high-profile partnerships with Alibaba, Intuit, PayPal, and Square — with even more partnerships forthcoming. During the peak 2014 holiday season (when the majority of online sales occur), our platform provided 100% uptime to our merchants. Bigcommerce powers online storefronts in 150+ countries across the globe, and new clients sign-up for its service every day. We also launched Bigcommerce Enterprise for high-volume merchants, which has been adopted by brands such as Gibson, Samsung, Schwinn and Ubisoft.

Both Twitter and Bigcommerce have already established a sustainable business model. But both still have room to grow.

Twitter and Bigcommerce haven’t yet reached their full potential. The companies will continue to evolve, providing more innovation and value to their users. The needs of a startup changes as it progresses throughout its various phases:

1. ideation and founding
2. market validation
3. scaling the team, product, and operations
4. revenue growth and retention
5. to infinity and beyond…

You can think of these as different stages of a multi-phase rocket launch. Each stage builds upon the previous one, with the goal of projecting the company to ever loftier heights. Evolving a company means adapting to its current needs and competitive landscape. Choosing not to evolve is the equivalent of choosing to stagnate.

The right leader at the right time

Dick Costolo joined Twitter as COO in 2009, and became CEO in 2010. Over the past five years, he imbued the company with discipline, rigorous analysis, and business acumen that was sorely needed. He transformed Twitter from esoteric curiosity to a legitimate business and respected source of news and information. He took over the reins from Ev, Biz, and Jack and was the right leader for that stage of the company. Costolo has done an amazing job, as acknowledged by Marc Benioff in this tweet:

Congrats @dickc! While CEO grew shareholder value from $1b to $24b. There are not many CEOs who delivered 24x over their tenure. Well done.

Bigcommerce co-founders Eddie and Mitch have built an amazing company and team. Our 400-employee company exists because of their vision and tenacity. Clients in 150+ countries around the globe rely on Bigcommerce to power their e-commerce storefronts, with over $5b in GMV processed to date. Great accomplishments, but still not enough for Eddie and Mitch; they want the business to ultimately realise its full potential. In service to that, we launched an extensive search for the next leader of Bigcommerce.

As a member of our executive team, I had the privilege and responsibility of participating in our CEO search. We scoured the industry for someone with the skill and background to lead our growth-stage startup. The process was rigorous, and ultimately resulted in the selection of an outstanding leader in Brent Bellm.

Brent brings deep strategic and operational experience from his key roles at both Homeaway and PayPal. Most recently, Brent served as COO at Homeaway where he formulated their corporate strategy and transitioned the company through their IPO. Previously, Brent held the role of CEO PayPal Europe, spearheading their international expansion which grew into a significant portion of PayPal revenue. In addition to Brent’s deep industry experience, he is genuinely excited about Bigcommerce and guiding us to the next stage of growth.

With Brent’s deep background in payments, marketplaces, and corporate strategy, I’m confident we’ve selected the right leader for Bigcommerce. We’ll leverage his expertise to achieve even greater levels of success. I’m thrilled about this next phase of the company.

I’m also comforted in the knowledge that Eddie and Mitch will retain significant roles on the Bigcommerce board of directors; similar to Jack Dorsey at Twitter, Eddie will be the chairman of our board. Eddie and Mitch have built a phenomenal business and will continue to provide insight, guidance and support as we take Bigcommerce to its full potential.

There can’t be specific rule or timeframe to make a CEO change, and it’s not a decision to be made lightly. A CEO transition should only be considered if it could fundamentally change the growth trajectory of a company. This is why CEO transitions are generally quite rare.

So it’s uncanny timing that my prior and current companies made their CEO announcements during the same week.

I’m excited about the possibilities for both Twitter and Bigcommerce; both companies will absolutely reach greater heights in the near future. At Bigcommerce, we’ve already identified the right leader for the next chapter of our company. I’m confident that the team at Twitter will do the same.