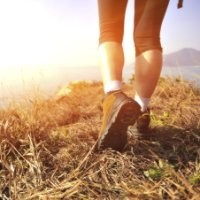 John Whitbread was a towering and much-loved figure in the Australian insurance industry, and he was certainly that at the business he started with his wife Margaret in 1978, Whitbread Insurance Brokers.

“Dad was a man of his time. He was the supreme authority who made all the decisions,” recalls the eldest of three siblings and now company chairman Angela Whitbread.

“Many men ran businesses in that way; they were the entrepreneurs who started the business. Every employee was a direct report. He knew what needed to be done.”

By the time he stepped aside as managing director to become chairman in 2009, the Melbourne-based business employed 60 people and had opened a thriving Sydney office.

Although the possibility of an external chief executive was canvassed there was never any doubt that the patriarch wanted a family member to run the business, and his choice was Angela: a degree-qualified accountant who had shown her mettle setting up the Sydney office.

Angela knew it was going to be a daunting challenge.

This familiar tale of generational transition didn’t get to play out. Early in 2010, John Whitbread died suddenly. (Margaret had died 12 years earlier.)

Angela took a methodical approach to fulfilling her father’s prophecy, engaging advisers to introduce formal processes and structures into the business.

But before this, the three siblings – Angela, Claire and John Paul – all directors of the company, got together to talk about the business that would carry their family name for another generation.

“We wanted to be a values-based business, as it was with our parents, but for the first time we formalised those values and our staff induction program included an introduction to those values and a history of the business,” Angela recalls.

By 2013 Whitbread had grown to almost 90 people and seemed poised to become a bigger and more complex business. Angela decided that the business had outgrown her. It was time to appoint an outsider to take the company to its next stage.

“I’d seen other businesses who had been where we were and I could see that under my leadership we weren’t going to go any further,” she says.

The Whitbreads were equally determined that the business would remain family-owned, with Angela as chairman. To prepare herself for the role she did directors’ courses at the Australian Institute of Company Directors and Family Business Australia.

The search for the new chief executive took eight months.

“We needed to find the absolute right person for the business, someone who understood that we were a values-led organisation,” she says.

Because Whitbread was still a family-owned business, it was decided that the three siblings should spend an intensive “get to know you” week offsite with the new chief executive. The week was facilitated by former PwC partner Graeme Crampton. (Crampton, a Sydney-based company director, joined the Whitbread board as a non-executive director.)

“We didn’t want to just throw someone into that role and expect everything to work out. We talked about the family values, we talked about how the relationship between Stephen and us would work and the things that might go wrong. It was pretty overwhelming, everyone was crying, there was so much raw emotion and honesty.”

In between group hugs, Jones’ responsibilities as chief executive were clearly set out: on operational matters, including hiring and firing, Jones had the last word. The board, including the Whitbread siblings, would take “an umbrella view of the business”, including responsibility for strategy.

Jones has been in the role since February and the chairman of the board believes the transition to an outside chief executive is working well.

“Stephen has put his mark on the business; he’s brought his own personality to the business. Everyone sees him as the chief executive; the staff respect him in that position,” Angela says.

Kenfield says many family businesses initially grow “organically”. Eventually, these businesses grow to a point when they become too complex for family members to run.

“When a business grows beyond the skills of family members the need for an external CEO becomes critical. If they want to retain family ownership, they have no choice but to appoint a non-family CEO,” he says.

Husband-and-wife business owners Dale Gillham and Lea Zerbes understood this, but the experience of finding an external chief executive has not been a happy one.

When professional private trader Gillham and former Army major Zerbes started their investment training business Wealth Within in 2002, it was intended more as a hobby than a business. They saw an opportunity to provide the growing numbers of DIY online sharemarket traders with training and mentoring. What they hadn’t anticipated was just how voracious the demand for in-depth, structured training was among DIY traders who saw online investment as much more than a hobby.

Zerbes, who had bolstered her officer experience with a Bond University MBA, was the business’s first chief executive. Gillham developed training courses that eventually extended to nationally accredited diploma courses, as well as offer a managed account service.

“We knew that we’d built a great business, but we also knew that we didn’t have the skills to take it to the next level. We knew that we had to bring in new blood to inject new life into the business,” Gillham says.

By this stage Wealth Within had 19 staff and annual revenue of $3 million – not necessarily an attractive catch for an experienced chief executive.

Opting not to use a recruitment firm, Gillham and Zerbes personally interviewed more than a dozen candidates over six months before making an appointment in 2012. He lasted four weeks before his contract was cancelled.

The second chief executive started at the beginning of 2013. He had impressive credentials with international experience and general manager positions with well-known financial services companies. He resigned just over a year later when he failed to meet performance targets.

“What we found is that corporate people tend to treat small businesses like a corporation, with unlimited resources and everyone doing their work for them, whereas we wanted someone to roll up their sleeves and grow our small business into a medium-sized business. Otherwise why would you bring in a CEO?”

Gillham and Zerbes are running the business again, but are still hoping for third time lucky. However, they’re going to wait until 2015 before recommencing their search.

This time, Dale Gillham believes he may have the answer to his chief executive problem.

“Whoever we hire has to have skin in the game. We paid these guys what they were asking. They had KPIs, but their salaries were not necessarily linked to their KPIs. Next time we’ll be linking remuneration to performance. KPIs minimise the risk for small businesses hiring their first external CEO.”