Where are the women? Still not on the ASX 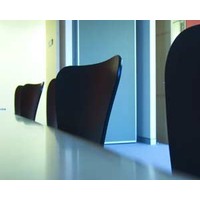 There are 1200 companies listed on the ASX that do not have a single woman on their board, according to data compiled for Women’s Agenda.

That’s almost 60% of the 2020 companies on the exchange with no female representation. Further, 582 companies have just the one board member.

The analysis by business relationships mapping experts Optimice, and based on data sourced by Thomson Reuters as of July 2012, found that of the 12,740 board positions available on the ASX, 1223 are occupied by women and 11,517 by men.

The research shows that despite some progress at the ASX 200 level – where 14% of directors are women, compared with 13.4% in 2008 according to Equal Opportunity for Women in the Workplace Agency figures, there’s little change occurring across the full exchange.

Meanwhile, only 27 companies across the ASX are chaired by women. And of the board positions held by women, 75% of them were by women in non-executive director or company secretary roles.

According to Optimice partner and co-founder Cai Kjaer, whose research identifies the two and three “degrees of separation” shared by ASX board members, women board members are a lot less connected as a gender, compared to their male counterparts.

“But it seems they are more connected to the opposite sex than to their own. And this wasn’t just because women make up a minority of board members”.

“So they actually outperformed the men,” he says. “These top female ‘connectors’ carry a great deal of influence through the vast number of board members they can reach directly, or through one of their fellow board members.”

Check out the infographic at Women’s Agenda, where this article first appeared.