Who guards the guardians? 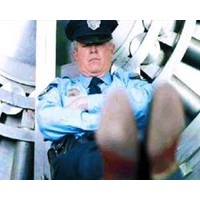 When will we accept that we, the public and leading companies, will get regulators to cease to be great chums of those who are destroying business confidence, public trust and decent standards?   When will they see their job as making sure that things don’t happen, rather than they “won’t happen again until the next time”?

At the end of his recent speech in Melbourne, the head of the British inquiry into the role of the media the UK phone hacking scandal, Lord Justice Leveson, said he would make no further comment, as his report would “speak for itself”. The ball, he said, was now “in the politicians’ court” and it was for them to ask the question: who guards the guardians?

We all can see that politicians can’t agree. Victims of the press call for more protection, and the press oscillates between wanting new regulation and power and fearing that any formalisation of their role will curtail their freedom for the future. The Australian Communications and Media Authority has announced that it will look into the royal hoax affair – the tragic prank call that may have led to the suicide of the nurse who transferred the call. This is a sort of response to widespread calls for the regulator to act.

In America, we can see the same processes with gun laws. California’s senior Senator, Dianne Feinstein, will try to reintroduce measures to curb the power of the gun lobby, over which they abandoned automatic controls nearly a decade ago.

The US President Barack Obama will attempt to address his stated view that we need “to get automatic weapons that kill folks in amazing numbers out of the hands of criminals and the mentally ill. But part of it is also going deeper and seeing if we can get into these communities and making sure we catch violent impulses before they occur.”

But there is a much bigger concern for leading companies.

While politicians from all parties continue to promise to cut red tape that is holding back labour hires, the banks that are using Basel III continue to support leading companies who want to expand their business.

Paul Krugman wrote ironically in Fortune magazine suggesting seven habits that help produce the anything-but-efficient markets that rule the business worlds. These are:

1. Think short-term
2. Be greedy
3. Believe in the greater fool
4. Run with the herd
5. Overgeneralise
6. Be trendy
7. Play with other people’s money.

But it is pretty serious. Take a look at some of the low points for banking and bankers since the global financial crisis and recession:

> HSBC’s record $1.9 billion payment to settle a US investigation into money laundering that involved Mexican drug cartels and nations such as Iran is a new setback for the reputation of banks after a series of headline-grabbing scandals. The bank said its anti-laundering measures were inadequate and said it was “profoundly sorry”.

> Swiss bank UBS blames a rogue trader at its London office for a $2.3 billion loss that is Britain’s biggest-ever fraud at a bank. Kweku Adoboli, the 32-year-old trader, is sentenced to seven years in prison. Britain’s financial regulator fines UBS after finding its internal controls were inadequate.

> Barclays agrees to pay more than $450 million to US and British regulators to settle charges that it attempted to manipulate a global benchmark interest rate known as LIBOR. The rate indirectly affects the costs of trillions of dollars in loans for college, car or house purchases.

> JPMorgan Chase announces a loss of $6 billion from a trade that was meant to protect the bank if the global economy sharply deteriorated.

When will we see an end to the double standards, or rather, no standards and the abject failure of regulators to do their job by guarding the guardians and promoting a justified 2013 surge in business and consumer confidence?