Who really makes the big decisions in your company? 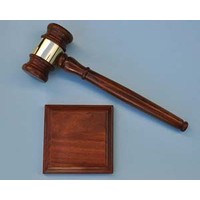 I’ll wager that two or three names are popping into your head right now – confidants the CEO always consults. Maybe the chief financial officer, the head of sales or human resources, a trusted board member? They are always the same few, occasionally joined by others with special knowledge of the issue at hand. Almost every organisation I’ve encountered has such a group that the CEO consistently taps.

Despite its power, this team rarely has a name. Ad hoc and flexible in its makeup, it doesn’t formally exist. It doesn’t appear on organisational charts. Yet most executives can name its core members. At Berkshire Hathaway, it’s Warren Buffett and Charlie Munger. At Microsoft, it was Bill Gates and Steve Ballmer.

During nearly three decades of consulting to senior executive teams of all kinds in 14 countries on five continents, I’ve run across any number of top teams whose charters officially designate them as the company’s lead decision-making body. And I’ve met many senior executives who are frustrated that the major decisions are nevertheless being made elsewhere.

This apparent conflict can lead to very real problems, most notably these:

— The senior team is brought in too late in the process for its input to matter.

— The team members appear to have power to protect the interests of the departments they oversee – but they really don’t.

— The way the CEO actually makes decisions is unacknowledged and underconsidered.

Rather than trying to resolve the conflict in favour of one team or another, I’d like to suggest a simpler approach: acknowledge that these nameless teams exist and ask how you can make more deliberate use of them, along with the senior management team. After all neither team is ultimately responsible for the company’s major decisions. That’s the job of the CEO, who should have access to the best possible advice.

Although meetings of senior management teams are excellent forums for brainstorming, sharing information, co-ordinating resources, mapping dependencies, fostering creativity and a host of other functions, they are not optimal for making difficult decisions. Those are typically made by the accountable executive, supported by a very different type of team. And there are good reasons for that.

The virtues of the kitchen cabinet

Informal kitchen cabinets may be used well or badly, but their advantages help explain why leaders almost invariably turn to them – not to make decisions, but for advice.