Who’s the most powerful person in Australian boardrooms? 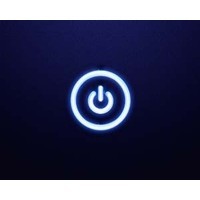 Who’s really in charge of white-collar Australia? Of the thousands of men and women who sit in boardrooms, who are the 10 most powerful corporate and not-for-profit directors?

Ranking them?—?as The Power Index begins today?—?is no easy task. How do you begin to assess internal boardroom dynamics, let alone order a list of names? Should a powerful director be able to force change inside one firm, across a number of different organisations, or broadly as a public actor? Should directors of private companies be included?

Unlike previous lists, which have tended to focus on the combined market capitalisation of the ASX 200 companies on whose boards they sit, The Power Index decided to weigh up several objective and subjective measures to inform our top 10.

An exclusive Market Capitalisation Influence Index (MCII), compiled by leading ASX number crunchers Optimice, has been calculated to give a broader sense of an individual’s reach. A graphical illustration of each director’s immediate connections, and the proximity of auditors, has also been generated. The MCII shows that market cap remains important, but so does the “connectedness” of directors?—?the market cap of the other boards on which their fellow directors serve.

Whether a director chairs the board is crucial: under Australian Shareholders’ Association guidelines, one chair counts for two directorships when deciding whether a director is “overloaded” (it recommends five as a maximum). Indeed, there’s only 20 working days in a month and with four or five directorships, time commitment?—?and power?—?can wane.

“The problem,” according to ASA chief Vas Kolesnikoff, “is that if they spread themselves too thin then they don’t have the time to do the job to the level that their executive careers showed they could. For some of these guys, a chair should really be a full time job.”

Other keys include the number of people their companies employ (at 200,000, Wesfarmers, chaired by Bob Every, is the largest in Australia) and whether a director sits on influential internal committees like remuneration or audit. Chairmen?—?often paid double the fees of ordinary non-executive directors (over $1 million a year in the case of BHP Billiton chair Jac Nasser)?—?usually sit on the remuneration committee by default.

It is these “magnets”, or gatekeepers, that often wield the most power inside boards. Time on the board is also crucial?—?a “newbie” can take years to get up to speed compared to fixtures that have been around so long they’ve become party of the furniture.