Why boards love to promote COOs and CFOs 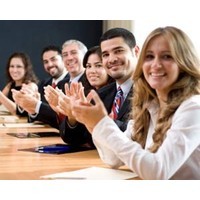 When the board of listed funeral-provider InvoCare headhunted Andrew Smith from luxury retailer Oroton, where he was chief financial officer, there was an understanding that if all went to plan, he would eventually be promoted to the CEO role.

But Smith’s background was in an industry far removed from funerals. To teach him the ropes, the board made him InvoCare’s CFO for one year, and its chief operations officer for two.

It’s a route to leadership the company likes, Smith tells LeadingCompany today. His predecessor had a similar path to the corner office.

“[InvoCare’s board] thought having someone with a strong financial background was a good starting point. Then they could take that commercial approach to an operational function,” Smith says.

“It was very useful. I came from a finance background, so I got to start in a finance role where I could understand the business model. Then, the operational role was really great for building relationships at the coalface of the organisation. It made the transition so much easier.”

InvoCare isn’t the only company to favour these two executive roles as an ideal training ground for leadership. Yesterday, we revealed the results of our research into the backgrounds of the ASX100’s CEOs. Of their immediate last non-CEO position, 23 of the 100 held the COO position, often at the same company (the vast majority of the ASX100’s leaders were internal appointments). Not far behind the COOs, 16 of the leaders held the CFO position.

Boards promote COOs and CFOs because they’re the positions in the C-suite most likely to have a good understanding of the legal environment listed companies operate in, says Brian Gardner, the general manager at Donington Group.

“In listed companies, CEOs are strongly accountable to the board to deliver results to shareholders. This means they need strong corporate governance backgrounds, an ability to work with boards, and to understand revenue and profit.

“These skills tend to come from COO or CFO roles. They both provide a strong base. If you want to head an ASX-listed company, those are probably the two directions you could come from.”

LeadingCompany’s analysis of the pre-CEO positions of ASX100 leaders found two with marketing backgrounds, and none who were chief information officers or heads of human resources.