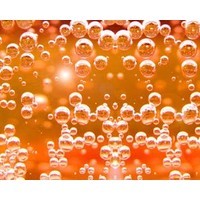 America’s biggest soft-drink sellers, including the Coca-Cola and McDonald’s, quickly lobbied against the ban, saying it overrode freedom of choice.

They were joined in opposition by the National Association for the Advancement of Coloured Peoples, a human rights NGO, which said the ban discriminated against black Americans. This is despite diseases such as diabetes disproportionately affecting black Americans. The Guardian ran an investigation and found Coca-Cola had donated $100,000 to the NAACP, ostensibly to run anti-obesity education campaigns in New York and across the country.  Another NGO to oppose the ban, the Hispanic Federation, lists the Coca-Cola Company among its founders.

In opposing the soft-drink ban and enrolling NGOs to join them in opposition, soft-drink companies were in the wrong, Professor David Allen told a roomful of corporate social responsibility specialists at the Australian Centre for Corporate Social Responsibility’s sixth annual conference yesterday.

Businesses shouldn’t work against governments instituting policy, but should rather do what they can to help governments lead. That’s the core of responsible leadership, he said.

Allen, the dean of the School of Business at the University of Surrey, is one of the world’s leading experts on CSR. Addressing why companies are held in such low regard despite their increasing emphasis on being responsible leaders, he said the issue was that companies, over the past 20 years, had been asked to “replace government” – stepping into areas that were traditionally the role of government – and usually, they haven’t argued.

But for simple conflicts of interest, they aren’t equipped to do so.

“It’s not our job to be the substitute for government,” he told LeadingCompany. “We need to have a proper balance. And at this point… the balance is not right.

“We need to be more restrictive than we currently are about how companies intervene in the political process. There’s reasonable cause for concern.”

Allen says he’s not arguing for a ban on all lobbying. But he objects to the way companies use their clout to stop specific policies aimed at the public health, or donate to government to ensure favourable regulations.

Businesses need government, Allen said. It’s difficult, if not impossible, for company executives to stand before shareholders and ask them to sacrifice profit.

“Government needs to take back a bit more of its role.”

A corporate responsibility checklist: How to do the right thing

For executives and leaders keen on being responsible leaders, Allen says they need to demonstrate it through their company’s priorities.

“Assign the same status, give the same time, pay the general manager responsible for ethics … no less than we pay other people who bring in the money. Give these people the same external consulting and advising budget that the key business unit management has. Give them appropriate objectives. And make sure what they do is signed off on at executive board level.

“This will make doing business in some places a bit more uncomfortable.”