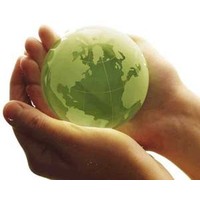 The first decade of the 21st century has heightened interest in the ethical and social positioning of companies. However, one of the real dilemmas associated with the movement toward more “corporate social responsibility” (CSR) is the lack of any clear definition of what “social responsibility” means.

Even with the movement towards internationally standardised guidelines for CSR, such as ISO-based CSR standards, the reality is that it will be impossible to come up with readily acceptable global standards that are meaningful in anything other than a bureaucratic and regulatory way.

My viewpoint has always been that such attempts will be doomed to fail because they do not address the basic reality that corporations are not purposeful actors, despite the fact that they do engage in what appears to the naive observer to be purposeful organisational actions.

We read in the press about how corporations make this decision, or that decision. But corporations do not decide. Individuals — either individually or collectively — decide for the corporation.

That corporations, as a nexus of contracts between individuals within societies, can be socially responsible only in proportion to which the individuals who are party to the corporation ? customers, employees, investors, managers, and so on ? were themselves socially responsible. I will admit that, at that time, I did not really have much of a clue as to how this might fit together into a coherent theory — but the logic was simple. If individuals had a naturally selfish character, all that a corporation could do was exacerbate, mitigate or modify that tendency through financial and collective incentives.

If the incentives were toxic ? as in the case of Enron ? you end up with aggregate bad behaviour. If the incentives were more collective ? as in the case of Ray Anderson’s company, Interface ? then you end up with a CSR icon. However, to argue that one group of individuals was more “ethical” or “socially responsible” than the other was an inappropriate way to understand the differences between these companies. While convenient to believe that managers and employees at Enron were more “evil”, there is no justification for such a belief.

At this year’s Academy of Management Conference, Michael Jensen of Harvard University presented his theory of “integrity” at the Academy of Management Perspectives Symposium. In listening to what he argued, I realised that he was potentially providing the missing link between ISR and CSR. Jensen’s idea is not new, but his formulation is simple and operational and has evolved into a very effective set of rules. It is also powerful in that it is based on no higher moral standard than individuals acting in their own best interest.