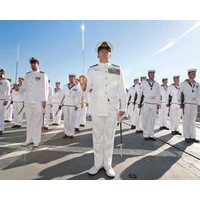 If there’s a large Australian organisation with a reputation for a command-and-control management style, it’s the armed forces.

That’s why the navy’s cultural reinvention program is so fascinating.

Since 2008, the navy has embarked on a cultural change program prompted by the need to retain staff, as well as to train them up for the growing demands and capabilities of the organisation. It’s not like the navy has given up issuing commands, but its leadership is looking seriously at the impact of the way they communicate and interact with their underlings.

“We’ve been really good at achieving missions,” says Commander Grant Dale. “We do operational things really well. Sometimes too well, in the sense that we’ve achieved them at the expense of our people. What we wanted was to address the balance… between achieving tasks and looking after our people.”

Dale is the director of leadership and ethics at the Australian Navy, which means he’s in charge of implementing its leadership development program. He describes how in the last few years, there’s been a profound shift in how the navy approaches leadership: away from an operations focus and towards a more self-aware, “connected” style.

This was done initially by mentoring new leaders. Originally, the navy offered coaching and leadership development as a perk – a way to keep the first level of leadership ranks, the junior officers, from leaving. “Junior officers have six to eight years of service,” Dale explains. “Losing them is an expensive proposition for us.”

Over time, however, the focus changed. As the program showed results – the junior officers were staying on – it was extended to people in higher ranks. It became more about coaching and less about mentoring. And when the navy embarked on a wide-scale cultural change program from 2009, it was extended again across and up the ranks.

Today, Dale leads a team of 11 permanent leadership coaches and 25 navy reservists who do part-time work. Together, they put over 800 people through leadership workshops each year, and offer further coaching to all of them to help them develop their leadership skills.

“We do it on a shoestring,” Dale laughs.

But they’re getting results, and there’s the research to prove it.

Dale says he knew he’d eventually be asked to show a solid return on investment. So in 2011, the group began testing. “We looked at people who had done the early programs… We looked at what had changed for them, through structured interviews.”

The research tested the leaders’ improvement using the Life Style Inventory, a psychological assessment tool developed by Human Synergistics that judges how effective a leader is.

“What our research showed us is that in all cases, people had achieved a positive shift in their thinking and behavioural styles. With those who had undertaken ongoing coaching, the improvement was even more pronounced.”

Dale credits this, at least in part, to the wider use of 360-degree reviews for navy staff – where both underlings and bosses are asked to rate someone’s performance as a leader.