Why extroverts are not always the most successful bosses 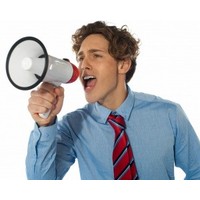 Conventional wisdom tells us that leaders are the men and women who stand up, speak out, give orders, make plans and are generally the most dominant, outgoing people in a group. But that is not always the case, according to research on leadership and group dynamics from Wharton management professor Adam Grant and two colleagues, who challenge the assumption that the most effective leaders are extroverts.

In fact, introverted leaders can be more effective than extroverts in certain circumstances. The determining factor is who leaders are managing, according to Grant and co-authors Francesca Gino of Harvard Business School and David Hofmann of the University of North Carolina’s Kenan-Flagler Business School. Their paper, in the Academy of Management Journal, is titled Reversing the extraverted leadership advantage: the role of employee proactivity.

Extroverted leadership involves commanding the centre of attention: being outgoing, assertive, bold, talkative and dominant. This offers the advantages of providing a clear authority structure and direction. However, pairing extroverted leaders with employees who take initiative and speak out can lead to friction, while pairing the same group of employees with an introverted leader can be a pathway to success, the researchers note. This has implications for leaders and managers at all levels who want to improve their own leadership styles. “If you look at existing leadership research, extroversion stands out as the most consistent and robust predictor of who becomes a leader and who is rated an effective leader,” Grant says. “But I thought this was incomplete. It tells us little about the situations in which introverted leaders can be more effective than extroverted leaders.”

So he and his fellow researchers began looking at the issue through the lens of a business that could easily track productivity and team effectiveness – pizza delivery franchises.

“We wanted to study an organisation where we could actually see differences in performance, and where people were generally doing the same work,” Grant notes. “If there is variation in franchise profitability, as a function of who leads and who your employees are, then that would be a very powerful statement about the true impact of a leader on a group.”

The researchers obtained data from a national pizza delivery company. They sent questionnaires to 130 stores and received complete responses from 57; the responses included 57 store leaders and 374 employees. To adjust for differences in location that were beyond the leaders’ influence, the researchers also controlled for the average price of pizza orders and worker hours. Leaders were asked to rate their own extroversion – the degree to which they commanded the centre of attention by acting talkative, assertive, outgoing and dominant. Employees were asked to rate levels of proactive behaviour in the store, such as improving procedures, correcting faulty practices, speaking up with ideas and stating opinions about work issues.

“These proactive behaviours are especially important in a dynamic and uncertain economy, but because extroverted leaders like to be the centre of attention, they tend to be threatened by employee proactivity,” Grant notes. “Introverted leaders, on the other hand, are more likely to listen carefully to suggestions and support employees’ efforts to be proactive.”