Why female entrepreneurs do it better: Bruce Billson 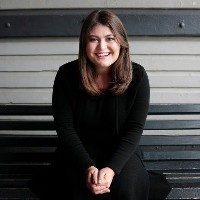 In the wake of the budget’s small business package, Small Business Minister Bruce Billson turned his focus to women with an event for select female entrepreneurs last night at Parliament House.

The event is one of several Billson is holding around the country in a bid to learn more about how to encourage female entrepreneurship.

Ending the day where it began @BruceBillsonMP #womeninbusiness #Canberra pic.twitter.com/LO2D0Z980a

In 2013-14 Australians started over 280,000 small businesses and Billson says the figures show there are more women starting businesses than men.

“I’m really upbeat about that because usually women are more thoughtful about their businesses,” Billson told the group of female entrepreneurs.

“They are more organic in their growth trajectory, they don’t think it’s all going to come together tomorrow and there is a preparedness to take in advice, experience and the path-finding experience of others that have been on this entrepreneurial journey.”

Billson says the government wants to see more women decide entrepreneurship is what they want to do with their lives.

“We’ve got great examples of women leading great corporate behemoths in our country, we’ve got some of the most agile gazelle-like businesses being led by women,” he says.

“We’ve got mums taking it to the street while managing micro humans and all sorts of things and that’s got many more challenges than you can imagine. It’s such a great range of business types and models and great examples for the country and the economy.”

Billson says this year’s budget was all about “putting the mojo back into entrepreneurship” and small business has been “the talk of the airwaves”.

“We had a good night last night trying to energise enterprise and put a serious amount of cash in behind your entrepreneurship, but I’m also keen to learn what else we can do,” he says.

“Your field evidence is gold for us. I’ve got fantastic people in the Treasury portfolio, more PHDs on macroeconomics per square metre than you could poke a stick at, and that’s valuable and that’s useful, but you’re out amongst it and the field insights that you generate through your work are really important to us.

Billson says he attends “an awful lot” of debutante balls in his role as a politician where he hears a lot about people’s ambitions and what they want to do with their lives.