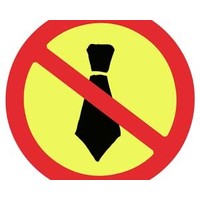 The chief executives of more than 100 multinational corporations are growingly reluctant to invest in Australia, according to a report in our national broadsheets this morning.

The confidential survey was conducted by Australia’s CEO Forum Group, and found more than 60% of those surveyed said there was more uncertainty surrounding their investments than a year ago. The fear for Australia is that some corporations are considering shifting their Australian subsidiaries to Asian nations.  The survey found 45% of respondents said they were less likely to invest in Australia than they had been a year ago.

Our federal government minority position in the parliament hasn’t stopped from legislating bold laws that will affect the bottom line of many corporations. Not all these projects are bad for business. But with the opposition pledging to roll back many of them, the uncertainty surrounding such initiatives can make life hell for leading companies. For global executives, who can have a range of countries to ramp up or ramp down efforts in, this can make Australia more trouble than it’s worth.

Of course, we’re not expecting our elected representatives to always get along. An oppositional opposition is one of the greatest strengths of the Westminster system. It ensures government policies are properly vetted from all angles before they are implemented. But it also makes things pretty uncertain at times, especially when policies take years to implement and are not easily reversed.

Here are five reasons global executives are right to be worried.

The most controversial policy introduced by Julia Gillard’s Labor government has without doubt been the carbon tax.

A levy on Australia’s biggest polluters, it’s designed to incentivise their shifting away from high-polluting activities in a bid to combat climate change. Investing in greener technology is expensive. A tax on dirty business makes green technology relatively less so.

But despite its logic, there’s no consensus over the carbon tax. Gillard said before the last election she wouldn’t be introducing a carbon tax, and her decision to go ahead with one has been seen as a betrayal of the electorate. The Coalition says repealing the carbon tax will be its first priority upon winning government.

For many businesses, this leaves them in an impossible situation. They can invest in their operations now to make them less polluting to the environment, and pay less under a carbon tax. Or, they can sit on their hands, pay more for a few years and hope a Coalition government repeals the tax. Either way, they lose money, though it’s not clear how much.

It’s hardly the certainty needed to prompt investment in our economy.

As much as many business leaders complain about the carbon tax and industrial relations, it’s hard to find many who will speak out against the NBN.

All businesses benefit from fast, reliable internet, but improving broadband infrastructure is too big an investment for anyone but the government to undertake.

The government has pledged $36 billion to roll out high-speed fibre-optic cable to homes (and it is already going beyond its budget). The price tag has the Coalition worried.

“If you want to cut spending, look at the NBN,” said opposition leader Tony Abbott in 2010. “Not proceeding with it could save billions of dollars.”

The Coalition has softened its policy in recent weeks. In July, shadow Communications spokesman Malcolm Turnbull told Fairfax that a Coalition government wouldn’t cancel the $1.8 billion in contracts already signed to deliver the NBN. But that’s a long way from guaranteeing to continue to build the $36 billion network.

Our industrial relations (IR) framework is vital to business. It determines how they can hire and fire, the conditions they have to provide, and the likelihood of having to fund wage increases.