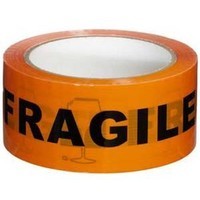 What’s the key to strong leadership? It’s a question that an entire sub-genre of management literature has tried to answer. For most people, though, vulnerability isn’t part of the equation.

Social work researcher Dr Brene Brown begs to differ. In fact, she says you can’t be a transformational leader without it.

The University of Houston professor and high-profile circuit speaker has been researching vulnerability and shame for the past 12 years.

In that time, she’s interviewed countless managers and leaders of enterprises big and small. But it took 50 CEOs from Silicon Valley to show Brown how powerful vulnerability can be in the workplace.

During a workshop, Brown asked the group what they thought the biggest barrier to innovation was within their organisation. The answer? Fear of being ridiculed.

“The problem is that without vulnerability, there is no creativity,” Brown says.

But what, exactly, is vulnerability? Engagement is a major part of it, Brown says, along with passion. A willingness to “fail big”.

“It’s about sharing stories with people in an appropriate context,” she says. “Vulnerability without boundaries is desperation, it’s attention-seeking.”

The reality is that neither gender is particularly good at being vulnerable at work. Men are inclined to reject outright any suggestion of vulnerability, while women usually embrace the mythology that they’ve reached the top because they’ve never been vulnerable. In reality, there’s “no evidence” of that, Brown says.

Brown, whose 2010 TED talk on vulnerability became an internet sensation – it’s received more than 6 million hits to date – says vulnerability is critical to giving effective feedback. That means adopting a position of openness, rather than “armouring up”. It means empathising and sharing stories.

“[As women leaders], we can’t step into our power unless we know how to give feedback,” Brown says. “And the most important part of feedback is vulnerability.”

“I don’t think anyone will ever be truly transformational in leadership if they’re not good at giving feedback.”

Good leaders also have a group of peers they can confide in. Brown says they’re usually in similar positions, leading another team within the same organisation or working in a company in a different sector. “They have to be people with whom we can share the dark stuff,” she says.

It’s a topic Brown explores in her latest book, Daring Greatly: How the Courage to be Vulnerable Transforms the Way We Live, Love, Parent and Lead.

The title was inspired by a 1910 Theodore Roosevelt speech, ‘Citizenship in a Republic’, which talks about lauding “the man who is actually in the arena”, who “at the worst, if he fails, at least fails while daring greatly.”

“I think most of our lives we wait until we’re perfect before we go in [to the arena],” Brown says.

“Being vulnerable, being real, being open is scary; it feels dangerous and it feels unsafe, but it doesn’t feel anywhere near as dangerous as standing on the outside, wondering what would have happened if I showed up.”

> Improved feedback. Staff will respond better when you’re not defensive — and they’re more likely to stay.

> Peer support. Good leaders draw on the support of their colleagues.

> Setting an example. Showing your empathetic side encourages other people to open up.