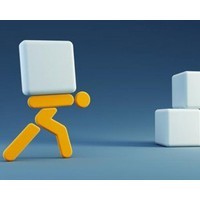 The finding: People who are prone to guilt tend to work harder and perform better than people who are not guilt-prone, and are perceived to be more capable leaders.

The research: Francis Flynn gave a standard psychological test, which measured the tendency to feel guilt, to about 150 workers in the finance department of a Fortune 500 firm and then compared their test results with their performance reviews.

People who were more prone to guilt, he found, received higher performance ratings from their bosses. Related studies showed that they also were more committed to their organisations and were seen as stronger leaders by their peers.

Flynn: From a researcher’s perspective, the correlation is stunning. There’s a lot of “distance” between the Test of Self-Conscious Affect, which assesses guilt-proneness, and the performance measure. They’re completely independent. Yet in the research that my co-author, Rebecca Schaumberg, and I have done, the link between guilt and performance is clearly there. Not only that – in a follow-up study we found that more guilt equalled more commitment. Those who felt guilty worked harder and were more likely to promote the organisation to others. And one surprising finding was that guilt-ridden people were more likely to accept layoffs and carry them out.

Q: Wouldn’t those people feel too guilty about the fact that other people were losing their jobs to handle layoffs well?

A: It’s not that they don’t feel guilty about laying people off; it’s that they feel obligated to support their employer, so they accept layoffs as a way to reduce costs. They feel it’s their job to be “good soldiers”, and if that means laying off a few to protect the interests of the many, that’s what they’ll do. In short, they’re more sensitive to the overall goals of the firm. They see the forest for the trees.

Q: So guilt-prone people are hardworking high performers who believe in the organisation and see the big picture. In other words, they’re leaders.

A: Exactly. In another study, we had 200 or so MBA students take the TOSCA survey and had their former co-workers rate them on leadership behaviours, such as the ability to lead teams. The students who were more guilt-prone were considered better leaders. Our take is that guilt activates a keen sense of responsibility for one’s actions. What I wonder is, does guilt make people better leaders but, at the same time, make them averse to taking on leadership positions because they feel that responsibility? We don’t know yet.

A: I asked myself, “What are the less intuitive characteristics that make someone a good employee?” We’ve researched to death the predictable ones. Everyone knows that people who are conscientious are good workers. But would we assume that guilt is part of the secret sauce for the ideal employee? Probably not.

Q: So if organisations start inducing guilt in employees, they’ll end up with harder-working, more-loyal staff?

A: Inducing guilt can sometimes backfire by eliciting resentment, but it can also be highly effective. If it weren’t, then why is my mother so good at it? That doesn’t mean managers should try to inspire guilt or that the approach would work long-term. One thing we haven’t mentioned is that while there are benefits to guilt, there are probably costs as well.

A: Well … we haven’t actually found some of the costs we expected to find. We thought, “They’re working so hard, maybe they have lower job satisfaction.” They don’t. “Are they more stressed?” They’re not. It appears that guilt-prone people are good at alleviating their negative feelings. But we still believe there may be costs associated with guilt. We just need to explore other possible disadvantages. One way might be to look beyond work. OK, so guilty people are harder workers, but does this commitment spill over into their personal life so that they’re less able to relax at home?

A: They may be more selfless as well. We see a strong connection between guilt tendencies and altruistic behaviour. The guilty are more willing to make charitable contributions and assist colleagues in need. There seems to be a link between guilt and positive social behaviour.

Q: You and I both were raised Catholic. How are we not running major corporations with large philanthropic foundations by now?

A: We purposely stayed away from religion in this research. We don’t have any empirical evidence of a link between guilt and certain religious denominations.

Q: What else do you want to learn about guilt?

A: Right now we’re looking at guilt and absenteeism. Take the retail sector. Low guilt may be a good predictor of employees’ playing hooky. Conversely, guilt-prone people might practice presenteeism – showing up for work when they’re sick. We’re also interested in how people reconcile multiple focuses of guilt. What happens when a manager feels compelled to stay late to ensure that a key project is completed on time but also feels obligated to go home and spend more time with their kids?

Q: The TOSCA survey is designed so it’s hard for subjects to tell what it measures. The finance staffers you used as guinea pigs didn’t know what you were studying. Be honest: You feel a little guilty about that.

A: I was sitting with the chief financial officer of the company, and he was going over the TOSCA questions and looking perplexed. He said, “Do you really think this is going to predict anything?” I felt somewhat guilty because I could tell he thought this was a waste of time. He was just peering at me incredulously, like I was this ridiculous academic. Which, of course, I am. But then he let me do it, and we wound up finding some amazing results, so now I don’t have to feel so guilty anymore.

Francis J Flynn is the Hank McKinnell-Pfizer Inc director of the Center for Leadership Development and Research at Stanford’s Graduate School of Business.