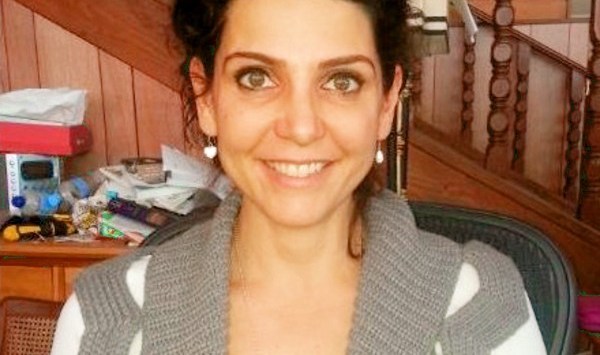 Helen Duckham describes herself as a ‘legal nerd’ who wanted everything except the 9am to 7pm corporate job.

While today she doesn’t have much time for television, she does find enough hours in the day to get the gym, spend time with her daughters, frolic in the ocean and run an ecommerce business.

Duckham founded Pipduck in 2008, designing, manufacturing and selling stylish rainwear including gumboots and raincoats. A lawyer who once managed legal complaints with the Equal Opportunities Commission, Duckham now runs her successful business out of Port Kembla, NSW.

She created Pipduck after seeing a gap in the market for offering stylish and practical products for women. But she made the more personal decision to pursue the entrepreneurial life after realising she wanted to take control of how and when she worked.

“I wanted to have flexibility within my job,” she says.

Among other things, she wanted to get to work at 9:30 in order to watch her kids in the playground, and to have the opportunity to help out at her daughter’s school, assist in the tuckshop, and help out her mother when needed.

“I wanted the option to work late at night or not at all, to take a long lunch or eat at my desk, to breastfeed my baby while doing sales calls, and to leave work early just because I wanted to watch the ocean,” she says.

“I did not want to be beholden to scheduling that was congruent with the most important aspects of my world.”

After experiencing her biggest year yet in 2014, and expanding into the UK, Duckham’s been named a finalist in the NAB Women’s Agenda Leadership Awards. Check out more form her below.

First, ever job? Selling cosmetics and other beauty products

Who and what do you lead? A local and international team designing, manufacturing, selling and delivering product and services

How do you stay informed? By listening to ABC radio national in the car

What helps you manage your wellbeing? I go to the gym for 45 minutes most weekday mornings, and spend lots of time with my young daughters. I also like daily moments in nature, putting on make up is my meditation moment and delighting in what to wear each day. Also, creative cooking  — always without a recipe!

The first thing you do in the morning? Cuddle one of my daughters then off to the gym while they’re sleeping

An average day in the life …Up, gym, home, make breaky, get girls ready for school, moments in play ground. At work, after a coffee, it’s emails, emails, emails! Phone calls, selling and support, listening with an intent to be influenced, considering new options, correcting problems with optimism, quick bite to eat off home to look after the girls, beach frolic  dinner, homework early to bed and no time for television.

Leadership ‘superpower’? Listening with the intent to be influenced, a commitment to serving staff, associates, customers and suppliers . Optimism, great energy and motivation, and an eye for style that is focused on a narrow market, brave enough and committed enough to take risks and work hard without giving up to achieve goals.

Advice to your 18-year-old self. Give thought to loving yourself, provide the framework for a future that enables you to do this independently and with others. Be committed to service and grateful for the opportunity. Listening with an intent to be influenced, approach problems with an optimistic attitude to find a solution, and be creative in thought in design in formulas and plans.

Helen Duckham’s story is the latest of our 100 Stories Project, in which we’re asking women about a turning point that’s shifted her leadership career. Telling 100 stories from January 1 2015, the project showcases the diverse range of leadership careers available, as well as some of the brilliant achievements and fascinating career paths of women. It also demonstrates how planned and unexpected forks in the road can take you places you never thought possible.

Got an idea? Get in contact. Check out more on our 100 Stories Project here.

Other women featured in this series include:

Jo-Ann Hicks: eBay’s leading woman on the risks that made her digital career

Lindy Stephens: When the power shifts, women should make the most of it

Kate Morris: Why I gave up law to become an online entrepreneur

Jacque Comery: Leading a team of 12 on an Antarctic base