Why Kogan is triumphing while JB Hi-Fi falters 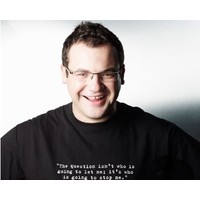 Ruslan Kogan is not the type to mince words, especially about his competitors.

In their statement to the market, JB Hi-Fi chief Terry Smart credited heavy discounting for the poor result.

“For us, the goal is affordable technology for consumers… so if we’re forcing competitors to lower their prices, we’re achieving that,” Kogan told LeadingCompany.

But isn’t the goal of Kogan’s business to make money? He insists it isn’t.

“My goal in business is to keep my customers happy. The money comes after that. I could retire right now with enough money to last me and my children through retirement. If it was just about money, I wouldn’t be here.”

“Here” is a functional warehouse-office in South Melbourne. On a corner of the large square table in the conference room sits a large television.

It’s fitting. Kogan’s business started with televisions, which he started selling via his parent’s garage six years ago. The business has been tremendously successful. Today, it sells over 300 products, and in the past year, has grown by 500%. Kogan says he expects the company’s revenues to hit $150 million this calendar year.

Kogan’s never aimed only at the Australian market. The company manufactures electronics in China, and two years ago expanded to the United Kingdom, making them Australia’s only multinational consumer electronics brand. Further expansions are planned.

“We have very big ambitions for the business,” Kogan says. “We want Kogan to be a world-wide consumer electronics brand within five years.”

The question is, can a company pushing the commodification of technology be so confident about its future.

Kogan doesn’t rely on its brand name. It makes electronics, and sells them as cheaply as it can. To assure customers of the quality of its products, it says they should look them up online. “If they have fears about the brand, they’ll Google the model number, and read reviews from customers and media… and make an educated purchase,” Kogan says. “The way that people find information has been one of the key paradigm changes that has caused the rise in the Kogan business.”

The last Australian company to try the cheap, commoditised electronics route was JB Hi-Fi. For a long time, it worked. All through the global financial crisis, JB Hi-Fi was the darling of electronics retailing. But rapid shifts in consumer spending habits – away from bricks and mortar stores to online shopping – have seen it struggle to match the prices offered by competitors, prompting its expensive discounting cycle.

But Kogan is optimistic. “If it was easy everyone would do it. People have come and gone trying to do what we do. They can’t.”

Kogan relies on a number of innovations to cement its position in the market. Against online competitors, it relies on economics of scale.

“The scale that we’ve reached now with our manufacturing capacity in China is massive – it would take a huge player to reach those efficiencies,” Kogan says.

“Look, postage is very hard in Australia,” Kogan admits, saying the UK has 60 million people in an area the size of Victoria, which means Kogan can get anything delivered anywhere for three or four pounds within four hours.

Kogan has created processes to make sure they deliver in Australia as cheaply as possible. For example, most big companies partner with one courier provider. Kogan doesn’t do this.

“For each one of our consignments, we ask couriers to bid against one another for who can deliver it cheaper,” Kogan says.

The company is also constantly improving how it packages things, and has managed to halve its average box size from when it started.

When it comes to competing against bricks and mortar retailers, Kogan imaginatively and viscously harnesses the advantages online can offer.

A year ago, the company invented and patented a technology called Live Price, which gives customers a discount if they buy a product early in the production cycle. Kogan describes Live Price as a way of making pricing more transparent, showing how much extra money each stage of the production cycle costs, and also as giving customers the savings that come from consumers themselves providing the cost of financing a product’s manufacture.

The potential of Live Price is to remove one of the biggest risks of retailing. If customers buy a product just as it enters production, there’s no chance that the retailer will end up with unsold stock.

Kogan says there’s been huge interest from a range of industries in licensing the use of Live Price since its introduction last year.

“Everything from wineries wanting to sell bottles of wine while they’re still grapes, to property developers who want the ability to correctly price apartments when they aren’t even built yet.”

“Traditional and big companies that could be a threat to us do market research by engaging market research firms,” Kogan says. “They put people in a room and ask them, ‘What are you interested in buying’. One will say ‘I need rugs’, and everyone else will agree because of how herd mentality works. The market research firm will then put together an 800 page report saying, ‘Everyone loves rugs’, and give it to Harvey Norman or Big W, who’ll expand their rugs range.”

Kogan’s market research is conducted through Google. “We get to see exactly how many people are searching which word how many times, what the trends are, what demand is increasing for, whether it’s seasonal. In practical terms, that means we can find out whether there are more people interested in 3D TV or more are interested in built-in PVR.”

“Getting Google search statistics is ‘brain to keyboard’ with no filter,” Kogan says. “It’s the most accurate market research we can do. For bricks and mortar retailers, getting that level of accuracy would require attaching a camera to every customer’s head, analysing that footage, and then having them fill out a survey when they leave the store.”

The company also carefully analyses how people interact with its website, what they look at, and what makes them leave, and because it advertises primarily online, it can target and monitor the effectiveness of its advertising to far greater accuracy than traditional retailers.

Driving it all: The man who doesn’t rest

“I haven’t had a holiday in six years,” he says. Not that he hasn’t tried. He once secluded himself in a health spa in Queensland in a bid to get away from his work, but after a few hours found an out-of-sight nook to check his email and phone.

“I can’t help myself,” he says. “I remember when I hired the first few staff members, I was still running around checking every phone call, checking every email, not letting them send emails until I approved it. I wanted to make sure everything was perfect. Even today I still go and sit in our call centre, listen to what staff are saying on the phones and tell them off when they say something wrong.”

On his Facebook account, Kogan lists his job as toilet roll changer. This isn’t entirely a joke. “I still change the toilet rolls if it isn’t getting done,” he says. “Once I sent my staff a video showing them how to do it because it wasn’t getting done.”

“In general, my tasks are pretty high-level… but I can’t help myself getting involved in that micro level.”

This perfectionist streak can cause difficulties for Kogan’s 50 staff. “People management is probably my weakest area,” he says, before describing how blunt he can be with those around him. For example, he always hits “reply all” to internal company emails, even when it’s to disagree with what one of his employees is saying.

“People should be accountable,” he says. “Some people thrive in that environment. Others don’t.”

Helping Kogan’s management style is the fact that his business is all done online. “We don’t have a single employee in England,” he says. British callers to Kogan get rerouted to the Melbourne call centre.

He’s not worried he’ll burn out.

“I’ve never worked a day in my life,” Kogan says. His work is his life, and that’s been the case since he was a kid.

“An entrepreneur is half inventor, half athlete.”

“There’s no point having a good idea if you don’t put the effort into it.”