Why managers with poor EQ get promoted 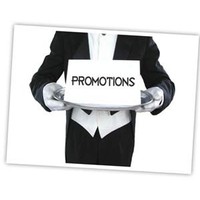 Every year on the last Thursday on September, alumni of the London Business School congregate in more than 100 cities for a worldwide alumni celebration. This year in Sydney we had the pleasure of hearing Zeger Degraeve, a LBS professor and newly-appointed dean of the Melbourne Business School, speak on his specialty: decision science.

I must confess I approached the evening with some trepidation, as I could remember my decision science lectures in the early 1970s when I did my MBA. They comprised dry discussions decision trees, expected values and Bayesian analysis.

I could not have been more wrong. Degraeve’s talk was excellent.

One of the most interesting insights provided by Degraeve was an explanation of the Peter Principle – that employees tend to rise to their level of incompetence.  The usual explanation is that as people get promoted the new jobs require new and different skills and competencies which they do not have and so fail.

Degraeve’s hypothesis begins with concept that you should first separate the decision from the result.  Decisions can then be described as good or bad, according to the process that was followed.  Bad decisions are emotional and impulsive, while good decisions use logic, science and realistic assessments of the probability of outcomes and risks. Results are either good or bad.

You can then draw up a simple 2×2 matrix (according to Degraeve, every business school lecture needs to contain one of these):

–         > Bad decision, bad result: Poetic justice, manager probably dismissed unless he or she shifts the blame onto someone or something else.

In other words because most organisations follow the edict that you should reward managers according to their results, they end up promoting managers who are dumb but lucky but dismissing those who are smart but unlucky.  Of course, bad or good luck is not consistent and the promoted dumb managers end up making poor decisions with bad results.

One may define emotional intelligence (EQ) as the gap between impulse and action.  Emotionally intelligent people get control of their emotions before they make a decision.  Some EQ teachers say you should “go with the flow”.  This is wrong – it’s the complete opposite of emotional intelligence.  On the other hand, I believe Degraeve’s hypothesis has merit and provides a good explanation of how managers with low EQ can rise in an organisation.

If you have a chance to hear Degraeve, or attend one of his seminars, do so.  It was a wonderful interactive presentation and I guarantee one thing: you will never look at a thumbtack in the same way again.