Why Penrice Soda’s shareholders struck out the board 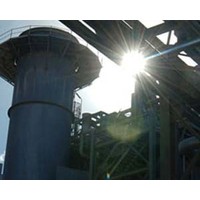 Well, we have a winner.

Not that it’s a prize Adelaide-based Penrice Soda wanted to win. Yesterday at its AGM, the company became the first in Australia to face a second strike under the new corporate voting regime introduced under the Corporations Act two years ago.

After the meeting, Trebeck told LeadingCompany the company was in “difficult times.”

“It would be far easier to get on with things if we didn’t have these sorts of distractions.”

At the AGM, Trebeck said the potential risks to the stability of the company a spill motion would unleash were more important than the “cost, inconvenience and distraction” of the process.

But his warnings did not convince. After more than 36% of eligible shareholders voted against the company’s remuneration report in 2011, 62% voted against this year’s remuneration report. This triggered an automatic spill motion, which was passed by 60% of shareholders, throwing out all of Penrice Soda’s non-executive directors and forcing the company to hold an EGM within three months to vote for every board position.

Asked whether he and the board planned to recontest their positions, Trebeck said they “certainly are.” It’s not clear whether anyone else will contest.

Penrice Soda is a company in crisis. It’s the largest producer of soda ash in south-sast Asia. Soda ash is used in glass containers, water treatment and construction. Sodium bicarbonate, the company’s other major export, is used in many foods, beverages and pharmaceuticals.

Penrice Soda’s share price has declined from a high of $1.57 in September 2008 to just 5.5c last month. It has battled the high Australian dollar and a lack of demand from its biggest customers as winemakers opt to buy glass bottles overseas instead of from local manufacturers. The company posted a net loss of $63.6 million in the 2011-12 financial year, which includes a $56.9 million impairment charge. Last year, the company lost $26.2 million (with a $26.2 million impairment charge). Penrice Soda carries $100 million in debt with a market capitalisation of less than $8 million.

In response to this set of circumstances, company’s management has been trying to negotiate asset sell-offs, including the company’s quarry business. At yesterday’s AGM, Trebeck said a “review” of this is was in process. The company has received some bids for the assets, but considered the offered prices too low.

The company has also experienced turnover in executive ranks. In the past year, the chief financial officer and the chief operating officer have resigned, as has the general manager of supply chain. Some positions, but not all, appear to have been filled.

But now, Trebeck and the rest of the board have other concerns.

It’s a worrying use of the two-strike rule, says Judith Fox, the director of policy at Chartered Secretaries Australia. She says there was a feeling going into AGM season that few, if any companies, would succumb to a second strike because the consequences are so severe.

“I think the two-strike rule has largely worked the way it was expected to, and it has really enhanced shareholder engagement,” she tells LeadingCompany. Many companies, after recieving a first strike, have worked hard to address their shareholders concerns.

“But CSA was certainly concerned that the two-strike rule would be used as a lightning rod for other issues,” Fox says. “There is potential for misuse, where it’s used for matters unrelated to remuneration.

“We don’t think that’s a good governance outcome. It’s framed as a vote on remuneration, but the vote appears unrelated to pay. Certainly the chairman doesn’t think it’s about pay. The boundaries are blurred, and I don’t think it helps anyone’s understanding of the issues.”

Executive remuneration at Penrice Soda hasn’t shifted. Due to the company’s troubles, executive salaries have been frozen for two years, and for some executives, for three. The company has also reduced the size of its board. The CEO and managing director, Guy Roberts, currently receives $520,000 a year, while Trebeck gets $126,700.

That might irk shareholders, but it seems shareholders have long been trying to oust the board for other reasons. In November, London City Equities and Capel Court Corporation (which together hold 5.2% of Penrice Soda) requisitioned an EGM to remove all four non-executive directors of the company. The requisition was later withdrawn, with London City Equities noting at the time that it had taken into account the support shown to electing two new directors to Penrice Soda at the 2011 AGM.