Why predicting who’ll win the US election matters to leaders 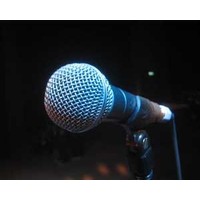 With the US presidential election, we know who is going to win from their voice.

Consistent with patterns of leadership tussles for social species, the November contest between President Barack Obama and challenger Mitt Romney will involve relentless status and dominance displays. For humans, voice is a key tool for dominance and submission displays.

In a study* of eight US presidential elections, there is a clear pattern. Vocal dominance is measurable and the dominant candidate gets most votes.

The research has implications for our persuasiveness and credibility at work.

There are a number of elements of the voice that influence our perceived credibility. One of them is pitch. When people communicate they adapt the frequency or pitch of their voices to one another. Relative social status plays a key role. Persons of lower status adjust their nonverbal vocal patterns to match the dominant person. Higher-status people adjust their vocal patterns less.

The answer on both counts is “yes”. On stage the less dominant candidate unconsciously changes their pitch to accommodate the vocal cues of the more dominant candidate without awareness by either themselves or the voters. The pitch metric predicated the popular vote in all eight elections and in all but one election (Bush/Gore in 2000) the popular vote decided the election.

The researchers point out that it doesn’t necessarily follow that voice quality causes voters to vote for a particular candidate. They have no data to make any claim. They discuss, though, that given debates provide a stage for dominance then the display of dominance by one candidate may influence undecided voters. It may be that undecided or less-informed voters unconsciously detect the dominance signals and vote for the dominant person.

Without causal data we can’t say scientifically that the connection is absolute. But it does say:

That high dominance is measurable.

The less dominant candidate adjusts their pitch to accommodate the high-status opponent.

This happens below the consciousness of either the candidates or the audience.

The dominant candidate receives the most votes.

The implications for you at work

In work interactions our voice will influence our persuasiveness and perceived credibility. The implications are:

There will be times when you are expected to be the dominant person in a meeting or interaction. Be conscious of your verbal cues and seek to maintain your pitch (frequency of tone).

There will be times when you are expected to be lower status. It’s OK and generally socially appropriate in that setting if you find yourself matching the tone of the dominant person.

You will increase you ability to persuade if you maintain consistent pitch.

At times of appropriate dominance (such as managing a poor performer) maintain pitch.

Start watching for social dominance signals between the American presidential candidates – and in particular voice cues of dominance or submission in the debates.

Unconsciously, voters will be detecting the signals. The dominant candidate will win.