Ignore the ‘global tilt’ at your peril 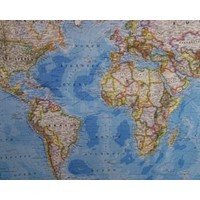 When news broke in February that the Brazilian investment firm 3G Capital was teaming with Berkshire Hathaway to buy Heinz for $28 billion, some people noted that the deal marked a resurgence in mergers and acquisitions. Maybe so, but I see it as part of a bigger, more formidable trend that has vast implications for the future of almost every business. I call it the “global tilt”.

The global tilt is an irreversible shift in economic power from north to south – from the US, Europe and Japan in the northern hemisphere, to China, India, Brazil, Indonesia, Malaysia and other countries mostly in the southern hemisphere. The centre of gravity for jobs, wealth and market opportunities is moving, disrupting the world economic order as we know it.

Fluid capital, mobile communications and an expanding global middle class are all contributing to this tilt, but the human factor is also a powerful driver. Along with a newly enriched investment class, business leaders in the south are on the move, tapping into the readily available funding and expertise they need to grow, and scaling up fast to grab once-in-a-lifetime opportunities. The empires they are building could rival those created in the 19th century by the likes of Cornelius Vanderbilt, JP Morgan, Andrew Carnegie and John D Rockefeller.

It’s easy for leaders in the north to underestimate their counterparts in the south, attributing their success to government support or low-cost labour. But northern leaders hold such a narrow-minded view at their own risk. Successful leaders in the south have enormous energy, ambition and business savvy, and they’re aiming to compete across the globe.

Southern business leaders have an edge in the following ways:

They are a product of scarcity

Many of these leaders have grown up under conditions of hardship. Improvising and working on very tight margins is second nature to them. They’re fiercely focused on operations, because they know that’s how money is made or lost.

Sunil Mittal, chairman of Bharti Airtel, the fourth largest telecommunications company in the world, began his career doing the grunt work of sales and distribution as he tried to make a living selling crankshafts to bicycle manufacturers in Ludhiana, India. His customers always overpowered him and controlled the pricing, and his meagre budget relegated him to riding in the backs of trucks and crowded trains. But the discipline of tight margins never left him.

South-based leaders are living through huge changes in their home countries, and now see opportunities they never dreamed of right in their own backyards. An American company might think 4% revenue growth is acceptable; a southern company thinks 20% is normal. Right from the start, CEO Zhang Ruimin of China’s Haier Group set his sights beyond his home country.

“The objective of most Chinese enterprises is to export products and earn foreign currency,” he told Harvard Business School researchers in the 1980s. “This is their only purpose. Our purpose in exporting is to establish a brand reputation.”

By innovating, operating efficiently and exploiting market niches, Zhang has confronted well-established northern manufacturers on their own territory and used his successes there as leverage to win in the global game. In 2011, for the third year in a row, the Euromonitor International market research firm ranked Haier as the top appliance brand in the world, calculated its retail volume share as 7.8% and named it a global leader in consumer electronics.

Southern leaders tap the advice of investment bankers and consultants, many from the North, to identify the best business opportunities, and they use partnerships, joint ventures, licensing deals and acquisitions – whatever it takes – to establish themselves in a market or industry and scale up quickly.

The Indian infrastructure company GMR, which is helping to oversee the development of Delhi’s Indira Gandhi International Airport, knew virtually nothing about building or running airports when it made a successful venture into that business. Its leaders studied the business intently and met with service providers, cargo companies, duty-free operators, vendors and architects worldwide to learn what they could.

Kiran Kumar Grandhi, chairman of the firm’s urban infrastructure and highways business, says he learned good study habits from his father, GMR founder GM Rao: “All through my childhood I observed him interacting with other people in this way. He was constantly gathering information.”

These leaders are energised by the opportunities they see before them, and they are decisive. As head of the Brazilian beer company AmBev, Carlos Brito had a voracious appetite for growth. He went on a tear of expansion in Latin America, and then in 2004 undertook a merger with Belgium-based Interbrew. Although the European company was bigger, the Brazilian leader ran the combined firm. In 2008, Brito was ready to take yet another big bite and made a surprise purchase of Anheuser-Busch to create Anheuser-Busch InBev, the world’s largest brewer. Now he is trying for gain full ownership of the Mexican beer company Grupo Modela, though the outcome of that deal is uncertain because of antitrust concerns.

Don’t get me wrong; I’m not saying that the tilted world belongs exclusively to the South. The challenge for today’s leaders is to understand their competition and adapt how they run their businesses. This means adapting their mindsets, their approaches to strategy, their resource allocations and their organisations’ social systems. In 2012, Procter & Gamble moved its personal care division from Cincinnati to Singapore, and General Electric posted a vice chairman to Hong Kong for the first time in the company’s history. As Keith Sherin, GE’s chief financial officer, told the Financial Times in January, “This is where the growth is. We are shifting our centre of gravity to emerging markets.” Winning in the global tilt starts with recognizing that reality.

Ram Charan is a business adviser to CEOs and corporate boards, and co-author of the best-seller `Execution’  and 14 other books. His most recent book, ‘Global Tilt’,  will be released by Crown this year.