Why the Stones survived longer than the Beatles 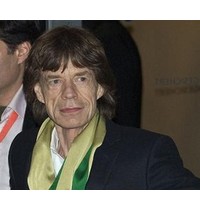 I have just finished listening to the MOOC series Inspiring Leadership through Emotional Intelligence by Richard Boyatzis. While I did not agree with everything he said, the course contained a number of interesting videos and papers.

One of the more interesting topics he analysed was the difference between two teams: The Beatles and the Rolling Stones, and the importance of shared vision. As someone who raged at some great parties in the 1960s to both groups this was an example that truly resonated.

Both groups started in early 1960s. Boyatzis, being an American, says that the Beatles launched with their national tour in the US in 1964, however, it was the release of Love Me Do in October 1962 when they really kicked off.

I was in my final year at school in England and I will never forget saying to a fellow prefect as we heard the song for the first time that it was pretty good. He replied that they would be one-hit wonders.

The Beatles were pretty boys and were more attractive. Everyone knew the words to their songs. Meanwhile, the Rolling Stones were straggly, only did cover versions of other songs and nobody thought they would make it more than a few years or even live that long. Yet the Stones are playing now 50 years later, and still going strong, while the Beatles only lasted 10 years. If you had asked me, or any of my colleagues in 1965, which band would last longer, everyone would have bet on the Beatles.

According to Boyatzis there were three reasons for the Stones’ longevity.

All the Rolling Stones wanted to do was to play music together. Their first four albums were covers. They were playing somebody else’s music. John Lennon and Paul McCartney, the two dominant leaders of the Beatles, had a different shared vision; they wanted to create new music.

No loss of the emotionally intelligent leader

Brian Epstein was the business manager of the Beatles and their emotional glue.  Unfortunately he died in 1967, and the group started to show strains. Paul wanted his then father-in-law to take over the finances, the others wanted someone else.

In contrast, Andrew Oldham stayed as the manager of the Rolling Stones for many, many years and Ahmet Ertegun stayed as their producer. Their families, led by Charlie Watts, were relatively more stable. There were also changes in personnel, in the early 70s Ronnie Wood joined the band, and he became an emotional glue on stage.

Keeping the faith of the shared vision

By 1966, the Beatles decided not to do anymore tours. They would do only work in the studio. And the studio became sacred space. The only people allowed in it were musicians, and at the time they were all men. But then John Lennon brought Yoko Ono into the studio and the two wanted to make the Beatles social activists. Paul McCartney was more interested in writing a symphony and George Harrison was looking at Eastern music and the sitar.

When they produced the 1968 White Album, none of the songs on that album were recorded by all of them being in the studio at the same time. They recorded pieces and mixed them later. And during that time, it is rumoured from their interviews that Yoko Ono used to sit in the studio sessions and not only be there, but speak up and give them comments and critiques.  By 1970 the Beatles were no longer together.

The biggest threat to the Rolling Stones was when Mick Jagger went and did a couple of solo albums. The rest of the band felt betrayed because, remember, their shared vision was simply to play music together. They have said in interviews that they might fight like cats and dogs off stage, but when they get on stage, all that counts is the music and that is what has kept them going.

After this piece was first published, I received a very informative email from Steve Collins of radio station 6PR, which corrects a number of errors in the above blog. It’s always great to get an email from someone as knowledgeable and passionate about a topic as Steve is, and I stand corrected on several points of fact in regard to exact dates and motives. But I think we can both readily agree about the lasting legacy both bands have left on music.