Why we all benefited from the mining boom 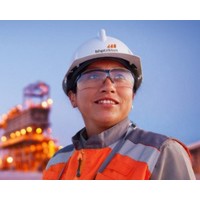 Jim Minifie directs the Grattan Institute’s Productivity Growth Program, which is focused on policy reforms to drive Australian living standards. He is also the author of a report on the mining boom. He writes:

The biggest mining boom in Australian history since the gold rush of the 1850s is about to change shape. The investment phase of the boom, which has seen $400 billion invested in the last decade, is tapering off.

The elevated prices paid for Australian mineral exports since 2003 are falling, and with them, the huge boost they provided to national income and government revenue. As these changes begin to transform the economy once more, our new report, The Mining Boom: Impacts and Prospects assesses the benefits and costs of the boom, and points to what policymakers should and should not do next.

Overall, the boom has been good for Australia. It helped the country weather the global financial crisis. It helped fund major government initiatives. Most Australians have prospered.

But the boom has also provoked fears. Some worry that it has benefited mining states, companies and workers, but left the rest of the country worse off. Some believe that the high dollar caused permanent damage to trade-exposed industries such as manufacturing, tourism and international education.

Some believe a bigger mining sector will expose the broader economy to resource price shocks or that the boom will end in a severe recession. Others believe the Commonwealth Government mishandled the boom by failing to save much of the windfall it has generated.

Our report examines the impact of the boom on the economy and tries to ascertain whether the worriers are right. With one striking exception, it finds that they are not.

Certainly the boom has boosted incomes more in the mining states of Western Australia and Queensland and the Northern Territory. But in the past decade, incomes have increased faster across the country than in the decade before. Regional centres have grown at different rates, but few are left worse off. Benefits have been spread across the country as the boom helped to offset the impacts of globalisation and technological change on lower-skilled workers.

Trade-exposed industries are indeed under pressure, though not all the pressure can be blamed on the boom. High income economies around the world are adapting to the rise of China as a manufacturing power. That would have reshaped the Australian manufacturing sector even had there been no boom.

The high exchange rate has compounded the pressure, with trade-exposed industries catching the so-called ‘Dutch Disease’ of rising costs during a resources boom. But will these sectors be able to respond even if the exchange rate falls, or have they been hollowed out? We examined the record of other countries that had periods of high exchange rates followed by falls. Manufacturing growth grinds to a halt while the exchange rate is high.

But it does not last: we found no evidence that manufacturing is hollowed out by the period of exchange rate elevation. Manufacturing and other trade-exposed industries bounce back quickly to trend.

The concern about a possible recession is less easy to assess, but again we find grounds for cautious optimism. Turning to the historical record, falls in resource prices elsewhere were often followed by recession and years of slow growth.

Those that faltered let capital inflows and inflation get out of control, or got caught up in debt crises, but other countries adjusted and continued to grow. Australia, among resource-rich economies, has had a long record of relatively stable growth, reflecting a mixture of relatively good policy institutions and settings, low exposure to industries prone to sudden contractions such as capital goods manufacturing.

If those policy settings (including decentralised wage setting, effective competition and prudential regulation, floating exchange rates) can be preserved and strengthened, the economy will be best placed to adjust if the boom comes suddenly to an end.

The fourth community concern – that the benefits of the boom have not been saved – is well-founded. The Commonwealth Government has not saved enough of the proceeds of the boom. Tax decreases and spending increases have been larger than Australia can afford in the long run. Some spending was justified by the response to the global financial crisis, and some has been invested, but underlying budget deficits now need to be repaired in more difficult times.

Australian governments need to do more to tighten their budgets, which will permit them to respond strongly if the outlook darkens. Governments should resist temptations to protect industries, but continue to invest heavily in skills and education to help workers and citizens respond to the changing risks and opportunities of a globalised economy.

These will be even more important as the longest and largest mining boom in 150 years winds down.

This piece was first published on The Conversation.