Why we should care about women on boards 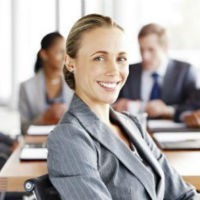 There’s one figure I like to keep on hand, to quote and bring up when needed to demonstrate how much work there is to do on workplace gender equality.

That figure is the number of women on the boards of ASX 200 companies, at 19.4% as of the 31st January 2015, according to Company Directors.

The reason I quote it is because it’s easy to understand, and to keep updated. Stating how many women sit on the boards of the top 200 Australian listed organisations is a difficult figure to refute, as is noting the rate of change since significant public attention was put on this segment of big business to do more — when it was found to have just 8.3% of board positions occupied by women in 2009.

But it’s also a figure that hides the real truth about women on boards — go broader, across the more than 2000 companies listed on the ASX, and the percentage gets much smaller. Hundreds of organisations do not have a single woman on their board. The majority that do have women, have only one.

Meanwhile, the figure regarding women on boards is also one that leads some to question the importance of just what it represents. Who cares about the number of women on boards when women are marginalised in so many other ways, many of which are more problematic and actually life threatening? Why spend valuable attention calling for more women on boards, when women are at risk in other and more pressing ways?

Some argue the issue of women on boards is actually distracting. That it gives privileged women an opportunity to declare they are committing themselves to making a difference to the lives of women. Indeed, they argue it goes even further — offering men something to speak up about and get behind, a means to demonstrate their feminist credentials. At work, we should be addressing the gender pay gap, discrimination against pregnant women, harassment and lowly paid feminised industries first and foremost, well before we ever consider how many women can get to the top.

Many years ago, I asked Sex Discrimination Commissioner Liz Broderick why she puts so much emphasis on the number of women in leadership — particularly via her Male Champions of Change program — when there are other more pressing battles to face.

She explained that gender inequality issues are connected: if women are excluded from economic power and decision making, all women will be marginalised.

Workplace gender equality is not something that will be switched on overnight. It requires a complete overhaul of the structures and cultures we actually work in. Work doesn’t currently work for women and, frankly, having only men at the top is not going to do a whole lot for shifting the status quo.

And the lack of women on boards, along with the still too few number of women in the executive leadership positions of our largest organiations, is the ultimate symptom of a much bigger disease. It demonstrates the end result of many accumulated discriminations facing women at work — unequal pay, discrimination, a lack of role models, challenges accessing affordable and flexible childcare, taking on an unfair portion of the domestic and caring responsibilities.

It’s not a female board director’s duty, as a woman, to bring up workplace gender equality in the organisations they’re working with. But it does happen. Pay audits and paid-maternity leave often get on the agenda. Pregnancy discrimination and flexible work come up, issues affecting female customers and clients get more attention.

Getting more women onto boards also helps adjust our expectations regarding what a ‘leader’ looks like. As Catherine Fox writes on Women’s Agenda today, until there’s a real shift in understanding the benefit of more feminine skills in leadership, we’re unlikely to see little change in the quality of leadership. Indeed, former Queensland premier Campbell Newman and current Prime Minister Tony Abbott are demonstrating that, perhaps, the “trusted model” of leadership — that is a white middle-aged man — may actually be broken. Buiness, politics and the community could all do better with a more diverse range of skills at the top.

It’s difficult to measure progress (or the lack of progress) of workplace gender equality. The percentage regarding women on boards provides one small take on just how things are moving — just like other simple figures that can be quoted regarding the number of women in visible positions, such as the number of female parliamentarians, or women in Cabinet. It gets people’s attention and instantly demonstrates just how out of balance our current structures of leadership actually are.

It’s a very small piece of the workplace gender equality puzzle. But an important one nonetheless and one that you don’t have to be interested in pursuing a board career, or desperate to put your support behind a ‘feminist cause’, to care about.