Will working mothers take your company to court? 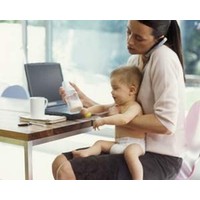 Most managers know to keep gender bias to themselves. Some might think that men are better suited to certain roles and women to others. But virtually all of us understand that expressing those views could get us into trouble on the job. So we keep our mouths shut, just as we curb our opinions about age.

Yet many remain surprisingly open about their bias against one subset of employees: caregivers, particularly working mothers. This type of discrimination has a name: “maternal wall bias”. It takes the form of comments like “Don’t you feel bad leaving your kids at home? Don’t you miss them?” For a long time employees have felt free to make remarks like these without fear of consequences.

Companies have begun paying a steep price for that bias. Working mothers have become more likely to sue their employers for discrimination, and juries increasingly inclined to award them large settlements if gender bias appears to have played a role in derailing careers. According to data collected by the Center for WorkLife Law, in the United States roughly two-thirds of plaintiffs who sue in federal court on the basis of family responsibilities discrimination prevail at trial.

While our research comes primarily from the US, where we have access to case law, there’s no reason to think maternal wall bias is less prevalent in other countries. It’s a global concern, and a growing one.

Discussions of the barriers women face in business typically focus on the double bind that many women find themselves in: High-level positions require managers to be forceful and direct, yet women who demonstrate those qualities are often seen as aggressive and lacking in social skills. This is an important problem but a subtle one – generating micro-inequities that amount to death by a thousand cuts.

Maternal wall bias, however, often feels more like a sledgehammer than a paper cut. One study by Shelley Correll, Stephen Benard and In Paik found that a woman with children was 79% less likely to be hired than one without children. A mother was half as likely to be promoted as a childless woman, was offered $11,000 less in salary, on average, and was held to higher performance and punctuality standards.

Maternal wall bias can take different forms. Prescriptive bias involves “should” statements. Take the chairman of a law firm’s board of directors, who told a female lawyer and shareholder in the firm that women who had their “priorities straight” were “those who relinquished their status as shareholders and worked part time … to spend more time with their husbands and children.”

A less obvious form is what we call benevolent prescriptive stereotyping. Here’s an example: two lawyers, a married couple, worked for the same employer. When they became parents, the wife was sent home promptly at 5.30 – she had a baby to take care of. The husband, though, was expected to work later than ever – he had a family to support.