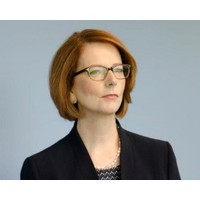 In the mid-1970s, when I was in my early 30s, I had the good fortune to be appointed divisional general manager of a major Australian multinational. Along with the position, I was given a mentor, an experienced director in his late 60s. He quickly sized up both my temperament and my youth, and gave me the following advice:

“Most managers make the same mistake as most generals, they think they have only two options: to attack or retreat. However, successful managers, like successful generals, know there is a third option, to stand your ground and do nothing. In many situations, playing a waiting game is generally the best option.”

I wrote a blog about the temperament of Julia Gillard for LeadingCompany in May last year. As I said then, Julia is driven by the desire to win and in terms of the Humm-Wadsworth temperament model has a high politician component.

Such people seek power and are steadfast, decisive and forceful. They are natural leaders and often become managers in large organisations. They can be assertive and argumentative, and are very good with words. They are particularly resilient.

On the other hand, they do have weaknesses. Not only do they want to win every argument, they tend to frame everything in the form of a competition with only winners and losers. Julia had been doing this with Tony Abbott for most of her political career and applied the same process with Kevin Rudd. When faced with a challenge, Julia would organise a spill by resigning and forcing a vote on the leadership.

Unfortunately, while such tactics proved to be successful in earlier leadership contests, this time it failed. Supposedly a petition was being circulated among the Labor Caucus calling for a spill. Instead of waiting for the petition to appear, Julia struck first and repeated the tactic that had proved successful in the past.

In part this action was due to ‘forward bias’ – the tendency by people to create models based on past data which are validated only against that past data.

However, I would argue that Julia’s desire to win made her yet again throw down the gauntlet. While this can now only be speculation, would Rudd have challenged if she had not forced a spill? Was there actually a petition being circulated or was it just a phantom?

What I do know is that, in my later career, the advice I was given about choosing the third option proved invaluable.

Most organisations have a weekly management meeting, and I found it to be a very useful tactic when faced with a particularly difficult problem to suggest that we all think about it for a week and discuss it at the next meeting. By the time the next week rolled around the issue had been resolved.

Would the course of Australian history be different if Julia had chosen the third option?