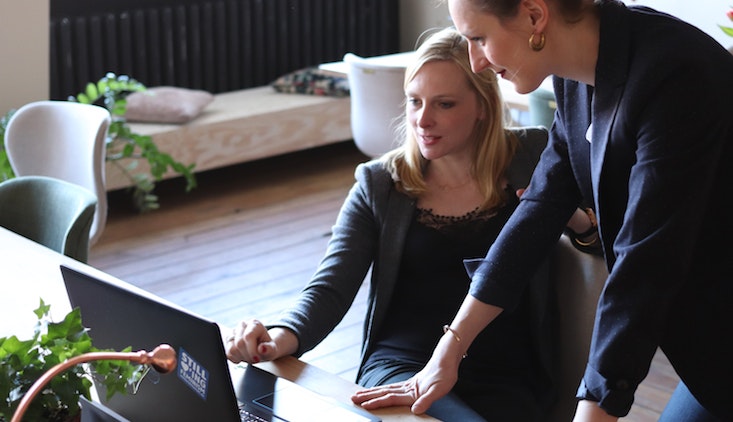 As businesses look to a post COVID-19 recovery, they can’t overlook the findings of a landmark new report that has found a compelling link between female leadership and profitability, performance and productivity.

The new research, released today, essentially puts a figure on the additional worth a company can generate by appointing more women to key decision-making roles — by finding that there is a strong and convincing causal relationship between company performance and women holding an increasing share of leadership positions within ASX-listed organisations.

The study, based on six years of Australian companies’ gender reporting to the federal Workplace Gender Equality Agency (WGEA), has established that companies that appointed a female CEO increased their market value by 5% — or $79.6 million to an average ASX200 company.

And that figure is worth more than enough millions to justify investing in all the things we know support and elevate women into leadership roles — like inclusive recruiting processes, real flexible working conditions, paid parental leave and leadership.

These findings should highlight the opportunity that female leadership presents in helping businesses to recover and thrive in the post-COVID-19 economy.

The research, which analysed data from 2014 to 2019,  found a massive 4.9% increase in company market value for those ASX-listed companies that achieve an increase of 10 percentage points or more in the share of women on their boards.

Companies that increase their share of female key management personnel (KMP) positions see a 6.6% increase — or a $104.7 million rise — in their market value, according to the research by Bankwest Curtin Economics Centre (BCEC) and the WGEA.

It goes the other way for companies too: the researchers found that companies that reduced the share of women as key managers by 10 percentage points or more faced a market value reduction of 2.9%, or an average of $46 million.

While previous studies have indicated a connection between gender diversity and profitability, this research is a world-first because it looked at real leadership appointments that could be tracked over a number of years to establish direct proof of the link.

Despite these findings, getting to even 30% female representation on the boards of ASX 200 entities has taken serious work, and the proportion of women represented is significantly less across the full ASX.

Three in 10 companies within the available WGEA dataset (the 4841 entities that reported to the agency during the 2018/19 period) still have no women represented on them at all. And 27.5% of companies have no women in their key management teams.

As WGEA director Libby Lyons says in the introduction to the report: “The findings mean that, if you are a business leader, you no longer have an excuse for avoiding action.

“This ground-breaking study has provided important new evidence of the crucial need for improving gender diversity in company leadership. As we ‘snap forward’ to a post-COVID-19 economy, this report demonstrates that CEOs and senior executives must include gender equality as they develop recovery plans.”

Workplace gender equality has very much moved from the ‘right thing’ to do. It’s now the key thing to do for your employees and your shareholders.

During an economic downturn in which women’s workforce participation is at risk of going even further backwards, these findings show that one of the best things companies can do is get more women into leadership, and support those who are rising up the ranks.

According to the report’s authors, the key data findings include:

* The six key metrics used are return on equity, earnings before interest and tax (EBIT), sales per worker, return on assets, dividend yield and Tobin’s Q.

This is an edited version of an article that was first published by Women’s Agenda.