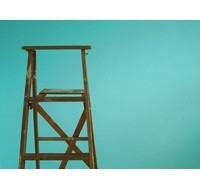 Time alone won’t increase the number of women in senior leadership positions, with new research finding the biggest factor in women breaking into executive roles is seeing other women who’ve already made it to the top.

According to research released by Bain & Company and Chief Executive Women today, the presence of women in executive leadership positions indicates a company has an inclusive culture and a range of leadership styles.

The study of more than 800 male and female business professionals found that women are five times more likely to be promoters of their organisation if they see women account for more than 25% of the executive team.

It comes down to leadership style. Many women perceive their leadership style may be viewed as a barrier to career progression, leading them to question if pushing through such barriers is achievable. Seeing other women at the top gives these women – who are usually at the junior or middle-management career stage – confidence that such progression is possible.

Men are still nine times more likely than women to make it to the senior executive ranks of large corporations according to the report, and yet women have been graduating from university at higher rates than men since the mid-1980s.

The report also found that both genders indicated a lack of women at the top was a key reason for not recommending their organisation as a place where women can progress to senior levels.