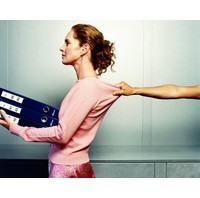 Women are highly under-represented in corporate management, according to a report published yesterday by the Committee for Economic Development of Australia.

The report was launched at CEDA’s Women in Leadership forum, which aimed to bring inequality in the workplace to the forefront of companies’ agendas.

Feelings of discrimination were felt by 51.1% of the mainly female respondents, with 93.2% of respondents believing barriers to leadership positions existed for women.

The report is supported by Ernst & Young – the accounting firm’s diversity inclusiveness leader Edyta Torpy says Australia has the number-one level of female university graduates.
Torpy says by not having female leaders, companies are ignoring some of the “widest talent pool”.

While women’s participation in the workforce is high, they remain poorly represented in top positions. The report shows that the percentage of female chief executive officers in 2012 was 3.5%, up from 1.3% in 2002.

Torpy says deeply ingrained societal and cultural beliefs surrounding the role of women contribute to the dearth of women in top positions.

“The other societal issue is the idea of childcare family responsibility being solidly embedded in the female domain. We have to de-gender these discussions,” she says.

CEDA has called on businesses to address gender inequality, saying employing females in leadership roles would lead to a more diverse workforce.

CEDA chief executive Stephen Martin said the report examines how gender equality in the workforce is being addressed across the globe.

“The report also looks at what has worked elsewhere, from onsite childcare to tackling the portrayal of women in the media,” he said in a statement.
Martin says gender discrimination is not an issue women should be tackling alone.

“This is not just a significant issue for women but for men as well – gender equality in our workplaces is good for business, good for our economy and good for our society, which is why it is vital that both men and women are engaged and committed to tackling this issue.”