Dysfunction in the boardroom 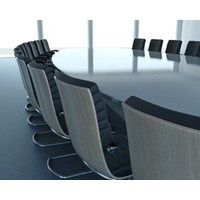 For years, women have sought greater representation on corporate boards. And most boards say they want more diversity. So why did women hold only 16.6% of Fortune 500 board seats in 2012?

It’s unclear why women have not made greater inroads. To learn more, in 2010 we began a series of annual surveys in partnership with Women Corporate Directors and Heidrick & Struggles. We were especially interested in the backgrounds, trajectories and interactions of female directors – who are the women who get onto boards, and what do they encounter there?

There were three key themes we discovered in the data:

Portrait of the female director

The female directors tended to be younger than the male directors – probably because, on average, the women had joined boards relatively recently, whereas the men had served on boards longer.

The data also indicate that female board members may have made different trade-offs on their way to the top. In comparison with male directors, fewer female directors were married and had children. A larger percentage of the women were divorced.

We also wanted to know what strengths directors would say they brought to their boards and, by implication, what skill sets and areas of expertise they thought were most important to board operations and dynamics. Asked to write in their strengths, the men and women gave remarkably similar answers. One significant difference was that a lot more women than men cited the ability to communicate effectively. Many female directors noted that they were more likely than their male counterparts to ask tough questions or move boardroom discussions forward in skilled and effective ways.

Another notable difference was the greater percentage of men who cited global experience as a strength. We’ve found that women are often not considered for international assignments, because of the assumption that women with families find it more difficult than men with families to relocate or travel for extended periods. The unfortunate consequence is that women don’t get equal access to international roles.

According to research by our Harvard Business School colleagues Robin Ely and David Thomas, organisations and boards have three major approaches to diversity. They may pursue it as a way to:

To better understand what directors think gender diversity can offer boards, we asked respondents whether women bring special attributes to the role – 90% of the female directors thought they did, compared with 56% of the male directors.

While slightly more than half of the male directors said that women bring a fresh perspective to the boardroom, 19% said that gender should not be a factor when selecting directors; instead, selection should be based solely on qualifications and experience.

Gender and board dynamics

Though boards say they want diversity, what happens once women get on them? We found 87% of female directors reported facing gender-related hurdles.

We also asked the male directors if female directors face hurdles that men do not. The majority – 56% – said no. According to some women’s accounts, many male directors seem unaware that they may create hostile board cultures, fail to listen to female directors or accept them as equals, and require them to continually re-establish their credentials.

Far more male than female directors (28% versus 4%) pointed to a lack of board experience and industry knowledge as a handicap for women, but our findings indicate that men and women may come at the qualifications question from very different perspectives. Men seemed to view inexperience as a fixed and disqualifying trait, whereas women saw it as something that could be addressed through learning and development. The high percentage of female directors who held operational roles and were leading organisations implies another disconnect between women’s qualifications and men’s perceptions.

Both male and female directors repeatedly named open communication, well-run general meetings, a candid but collegial tenor and productive relationships with senior management as attributes of a successful board. Yet research suggests that too many boards ignore the need for those qualities, and recent efforts to overhaul governance have clearly failed to address the question of how to compose a knowledgeable, inclusive body that possesses them.

Boris Groysberg is a professor of business administration in the organisational behaviour unit at Harvard Business School, and the co-author, with Michael Slind, of Talk, Inc.