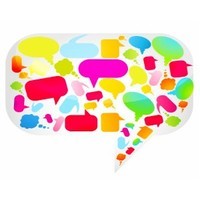 If you were ever looking for proof to counter the argument ‘it’s not what you say, it’s how you say it’, you need go no further than the current saga revolving around Eddie McGuire’s suggestion on breakfast radio that they should get AFL player Adam Goodes to promote the musical King Kong.

You will no doubt be aware of the details as the incident attracted extensive national media coverage. And, while everyone agrees McGuire should not have said what he did (including McGuire), opinions are divided as to whether it was a “slip of the tongue” or a conscious act of racism, and I am sure that debate will continue for a long time to come, as it should, because it is too important not to.

I draw your attention to it for a different reason, however.  In the 1960s, psychology professor Albert Mehrabian combined two different research studies and concluded that there seemed to be an inconsistency between what people said (their words) and the way they said them (their tone of voice) and their body language.  The breakdown is something you might be familiar with:

In the 80s and 90s, this breakdown was overly interpreted, especially when it came to presentations. We witnessed a huge swing to people focusing on how they delivered presentations instead of what they said.  This lead to an influx of presentation training that focused on delivery instead of content, or style over substance.

Mehrabian’s conclusions have been criticised for various reasons, including the research being conducted on the use of one single recorded word and the limited sample size.  However, some people and presenters still put more emphasis on how they say things rather than what they say.

I have always believed that while the way you deliver a presentation is important, content is still king. The words you use are more powerful than how you deliver them. We believe in this so much we run presentation training and do not include any delivery practice. The focus is instead on crafting content that is compelling, engaging and memorable.  And even after decades of presentation training, this is where most presenters struggle.

I don’t believe Eddie McGuire said what he said in a hurtful or racist manner, but what he said is what mattered. It is the only thing that mattered. So while the debate about whether it was racist continues, what is not up for debate is the fact that a lot of people have been deeply hurt by the words.

The words also have additional gravitas on account of McGuire’s position in the football and media community. The incident is a lesson for all of us to choose our words more carefully, especially if you hold positions of leadership, authority and influence.